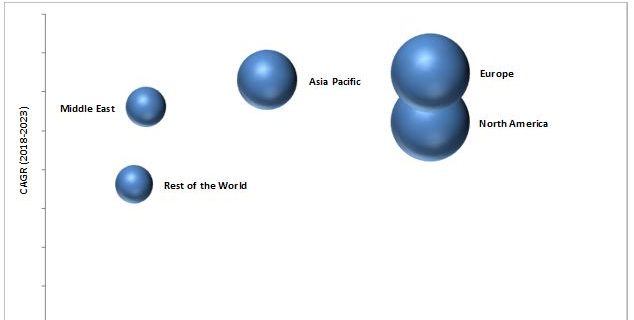 The Advanced-Surface Movement Guidance & Control System (A-SMGCS) Market report provides an analysis of the market from 2018 to 2023. It discusses the industry and technology trends that are currently prevailing in the market, along with the drivers, restraints, challenges, and opportunities. The A-SMGCS market is projected to grow from USD 4.04 billion in 2018 to USD 5.34 billion by 2023, at a CAGR of 5.73% from 2018 to 2023. The A-SMGCS market in the European and Asia Pacific regions is expected to witness substantial growth during the forecast period due to increased investments for the expansion of existing airports and development of new airports equipped with advanced airport systems across these regions.

Based on application, the surveillance segment is estimated to lead the A-SMGCS market in 2018. The growth of the surveillance application segment can be attributed to the increased demand and requirement for advanced surveillance systems having efficient alerting functions to ensure the smooth conduct of various airport operations.

Based on offering, the software segment of the A-SMGCS market is expected to grow at the highest CAGR during the forecast period. The growth of the software offering segment can be attributed to increasing need to integrate different software, such as alerting algorithms, with hardware to get accurate and reliable information about situations pertaining to ground vehicle movement or aircraft taxiing at airports.

Based on level, the level 2 segment of the A-SMGCS market is projected to grow at the highest CAGR during the forecast period. The growth of the level 2 segment can be attributed to the ongoing expansion of existing airports and increasing focus of airport authorities on upgrading the A-SMGCS deployed at airports, from level 1 to level 2.

Europe is expected to be the fastest-growing market for A-SMGCS during the forecast period. The growth of the Europe A-SMGCS market can be attributed to the adoption of a regulation by the European Commission to ensure the proper implementation of the Pilot Common Project, which is the first set of Air Traffic Management (ATM) functionalities that have been identified for a wide-scale coordinated deployment at airports. In addition to increased investments in greenfield airports, existing airports in the European region are also undergoing brownfield expansions.