Air filters are installed in aircrafts mainly to remove different types of contaminants like fog, dust, allergens, and microbes, among others, from the air that is circulated in the cabin and cockpit, thereby providing a safer and healthier environment to travel for both the passengers and the crew. Nowadays, airlines are looking to opt for better and light weight filters that would eventually reduce the overall weight of the aircraft, thereby improving the efficiency and performance. Growing applications for aerospace filters due to an increase in aircraft deliveries, especially in Asia-Pacific and North America are expected to drive the global market towards good growth ahead.

Based on type, the air filters type is expected to grow at the highest CAGR over the forecast period, mainly due to the growing concerns regarding the outbreak of contagious diseases such as Ebola, SARS, and swine flu, which has led to huge growth in demand for air filters since they help in filtering bacteria and viruses from the air in the aircraft cabin.

Among applications, the engine segment is projected to witness the highest growth over 2016-2022. This growth can be attributed to the growing need to replace filters as engines need to be provided with cleaner fuel and oil for optimum efficiency and longer life, thereby driving the market towards growth.

Among end-users, the military segment held the largest market share in 2016, and is expected continue its dominance over the market during the forecast period as well. It is also projected to witness the highest growth in the coming years, owing to the rising number of military aircrafts and shorter replacement cycle of aerospace filters in military aircraft as compared to that of commercial aircrafts.

Which region is expected to be the most lucrative market and why?

The market for aerospace filters in North America accounted for the largest share in 2016. However, the market in Asia-Pacific is expected to surpass the North American market in value by 2022, growing at the highest CAGR. This growth can be contributed to the increasing air passenger traffic and military aircraft in countries such as India, China, and Russia, among others. The market in this region is also one of the fastest-growing markets in the aerospace filters market, owing to the increase in the number of flight hours and regional passenger traffic, thereby boosting the overall demand for aerospace filters in this region. Moreover, various countries such as Brazil, Argentina, Saudi Arabia, and UAE, among others, have been witness an increase in the military and commercial aircraft deliveries, thus, pushing the global market towards good growth in the coming years.

What are the factors impacting the growth of this market?

The worldwide market for aerospace filters is experiencing steady growth mainly due to the following factors:

In addition, growing demand for light weight aerospace filters and emerging aircraft manufacturers in the Asia-Pacific and Latin American region are expected to further lay ample growth opportunities for this market.

However, current backlogs in aircraft deliveries due to the limited manufacturing capacity of leading aircraft manufacturing companies is the major factor that is likely to hinder the growth of this market to a certain extent. Moreover, stringent regulatory norms are a key challenge to be overcome by the market players to achieve sustained growth in the market.

The major companies operating in the global market for aerospace filters include Parker Hannifin Corporation (U.S.), Pall Corporation, Donaldson, Inc. (U.S.), CLARCOR, Inc. (U.S.), and Freudenberg & Co. KG (Germany), among others. These companies are implementing various growth strategies, such as agreements & acquisitions, contracts, and new product developments in order to gain a stronger hold on the market as well as expand their global presence. Out of these, agreements & acquisition held a major share of the market out of all the growth strategies adopted. 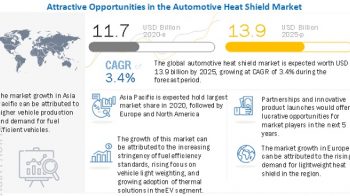