A number of favorable initiatives have been taken by government as well as non-government organizations and private sector to reduce and cut down air pollution through means of public awareness campaigns and programs. Such programs and initiatives not only help to raise awareness among common people, but also play an important role to bring the attention of international organizations to the current and future threat of air pollution that the world is facing.

Many government and non-government organizations work continuously to bring the attention of national and international societies to the devastating effect of air pollution on the health of living beings and to the environment. Prominent public organizations involved in driving public awareness on environmental impacts of air pollution include the EPA (United States Environmental Protection Agency), Clean Air in London (London), Coalition for Clean Air (California, US), Sierra Club (US), Union of Concerned Scientists (US), Mom’s Clean Air Force (US), Global Action Plan (International), Little Ninja (UK), Earthjustice (US), and German VCD (German Sustainable Transport Association).

For example, In April 2021, United Nations Environment Programme (UNEP) partnered with the Republic of Korea’s Capital Metropolitan Area, which includes Seoul, Incheon and Gyeonggi province, to help them expand their efforts to tackle air pollution in the region. In September 2019, 3M and Clean Air Asia which is an international non-governmental organization signed a collaboration agreement to provide science-based air quality solutions for New Delhi, India, and Metro Manila, Philippines.

According to the agreement, 3M will assist Clean Air Asia, over the course of next 5 years, in its efforts to assess baseline air quality conditions, design capacity-building programs for air quality management, implement awareness and education campaigns, develop Clean Air Action Plans with selected city and district governments, and measure the resulting impact on air pollution levels.

High costs associated with the purchase, establishment, and maintenance of AQM sensors as well as high establishment costs for AQM stations are further aggravated by the implementation of stringent pollution control policies across mature markets that require regulatory compliance for effective air pollution monitoring as well as data collection and data surveillance. Therefore, the premium pricing of advanced monitoring products, as well as the high installation costs of AQM stations, are expected to restrain their optimal market growth—though mainly across emerging countries—during the study period.

In the same line of advancements, a low-power gas sensor nano-chip has been developed by a team of international researchers making possible the development of personal air-quality monitoring devices. This nanochip sensor is based on a chemical-sensitive field-effect transistor (CS-FET) platform which is further based on 3.5-nanometer-thin silicon channel transistors. (Source: American Association for the Advancement of Science journal). Pipeline development and the increased market availability of technologically advanced air pollution monitoring systems are expected to offer potential opportunities for market growth in the coming years.

One of the major challenges associated with the air quality monitoring systems market is the slow implementation of air pollution regulations. Several emerging countries (such as China and India) have been reported to be slow in implementing stringent environmental pollution monitoring norms during the past decade. For example, in April 2021, government of India postponed the deadline for thermal powerplants to install Flue Gas Desulphurization units to cut the emissions of sulfur dioxide, and allowed utilities that miss the new target to continue operating after paying a penalty, according to a government notice.

On the basis of region, the air quality monitoring systems market is segmented into North America, Europe, Asia Pacific, Latin America, and the Middle East & Africa. The asia-pacific market is expected to register the highest growth in the forecast period. Countries in this market are witnessing growth in their GDPs and a significant rise in disposable income among the middle-class population. This has led to increased expenditure by various regional government on air quality monitoring activities, modernization of industrial and public infrastructures, and rising penetration of cutting-edge environmental monitoring technologies. All of these factors contribute to the high CAGR of the region. 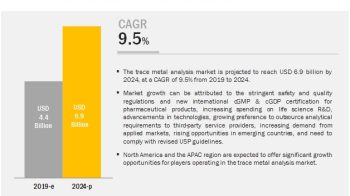 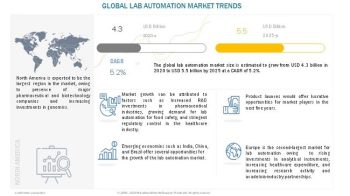 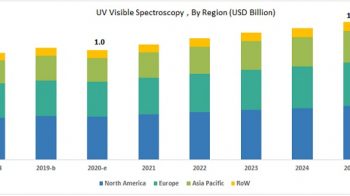