The report “Aircraft Engines Market by Type (Turboprop, Turbofan, Turboshaft, Piston Engine), Application (Military Aviation, Commercial Aviation, General Aviation), Platform (Fixed Wing, Rotary Wing), and Region – Global Forecast to 2022″, The aircraft engines market is projected to grow from an estimated USD 68.05 Billion in 2017 to USD 92.38 Billion by 2022, at a CAGR of 5.23% during the forecast period. Factors such as increase in aircraft deliveries and rising demand for fuel-efficient aircraft engines are expected to drive the aircraft engines market.

By type, the turbofan segment of the aircraft engines market is projected to witness the highest growth during the forecast period. This growth is attributed to the recent increase in demand for turbofan engines by airlines around the world because of the fuel efficiency and reliability of these engines.

By application, the commercial segment of the aircraft engines market is projected to witness the highest growth during the forecast period. This growth is driven by the increase in the number of aircraft deliveries by major commercial aircraft manufacturers such as Airbus Group (France) and The Boeing Company (U.S.).

Military segmentprojected to witness the highest growth during the forecast period

The Asia-Pacific region is one of the fastest-growing markets for aircraft engines. This growth is attributed to the increase in manufacturing of commercial aircraft in countries such as China and Japan. 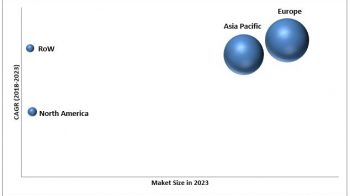 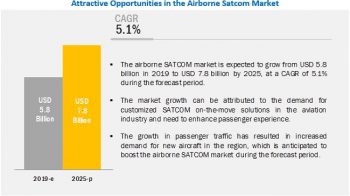