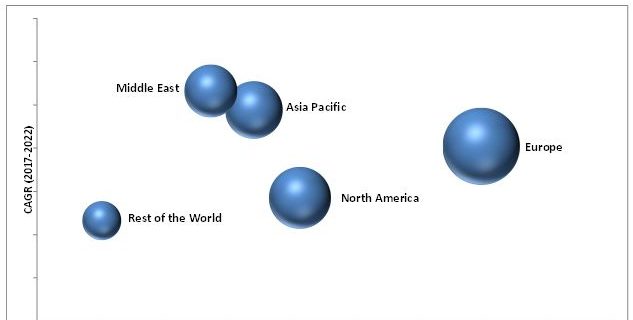 The Aircraft Survivability Equipment Market is projected to grow from an estimated USD .3.54 billion in 2017 to USD 4.62 billion by 2022, at a CAGR of 5.49% from 2017 to 2022. Replacement of legacy systems with advanced combat systems, increase in asymmetric warfare, and the threat of advanced infrared (IR) and radio-frequency (RF) targeting systems are key factors expected to drive the market during the forecast period. The market has been segmented based on platform, subsystem, fit, and region.

North America, Europe, Asia Pacific, the Middle East, and RoW (rest of the world) have been considered in the regional analysis of the aircraft survivability equipment market. Europe is estimated to lead the market in 2017, owing to the presence of major aircraft survivability equipment manufacturers, such as BAE Systems (UK), Chemring Group (UK), RUAG Holding AG (Switzerland), Saab AB (Sweden), Terma A/S (Denmark), and Thales Group (UK) in the region.