The quantum cascade lasers (QCL) market size is projected to grow from USD 355 million in 2019 to USD 422 million by 2025, at a CAGR of 3.9% during the forecast period. The drivers fueling the growth of the market are increase in the use of quantum cascade lasers in gas sensing, chemical detection, and healthcare applications, along with the development of QCL-based non-invasive medical diagnostic tools.

The market of the distributed feedback fabrication technology accounted for the largest market size in 2018. The large market size is attributed to its use in gas sensing applications, where only DFB QCLs are preferred. These are deployed in gas sensing devices in the industrial sector. These QCLs are capable of wavelengths that can be tuned to the range of a few tens of cm-1. These are very well suited for spectroscopic applications.

The market for C-mount is estimated to account for the largest share of the overall quantum cascade lasers market by power output in 2018.The C-mount package type is the commonly used type of packaging for QCL and other laser-based systems. This packaging type is used for devices that operate in the wavelength range of 680–980 nanometers (nm). In this type of packaging, the laser diode is soldered on a copper–tungsten (CuW) heat sink. This heat sink acts as the P-side, and the other side, which is a cathode, is wire bonded. In this packaging type, the mounting of components is done through the hole situated in the middle of the package, and the base material used is Copper (Cu).

The market for continuous wave operation mode is estimated to account for the largest share of the overall quantum cascade lasers market in 2018. This market size is due to its use in most of the QCL devices, as it provides continuous waves without any delay in time. In continuous wave mode, QCLs emit an uninterrupted laser beam. This is achieved through the constant pumping of the QCL. In this mode, the amplitude and the frequency of the wave are constant. A QCL operating in continuous wave mode requires stable output power.

The industrial end-user held the largest share of the quantum cascade lasers market in 2018. Increasing adoption of QCL-based devices for gas sensing and measurement applications by manufacturing facilities to ensure safety is expected to drive the industrial end-user segment. Gases having their fingerprint absorption features in the mid- and far-infrared frequency spectrum are detected using QCLs. Distributed feedback QCLs are used for gas spectroscopy.

In terms of value, North America led the quantum cascade lasers market in 2018, accounting for the largest share of the overall QCL market. The growth of the QCL market in North America can be attributed to the growing adoption of QCL-based breath analyzers in the healthcare sector and QCL-based direct infrared countermeasures (DIRCMs) in the military & defense sector. Increasing expenditure of defense budget on the aerospace and defense verticals in the emerging economies such as China and India is the key factor driving the growth of the market in APAC. 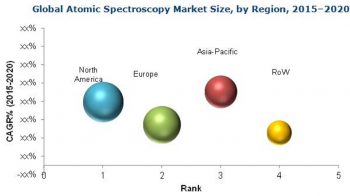 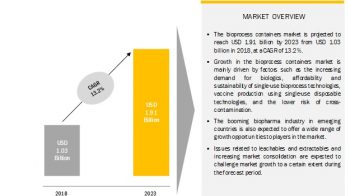