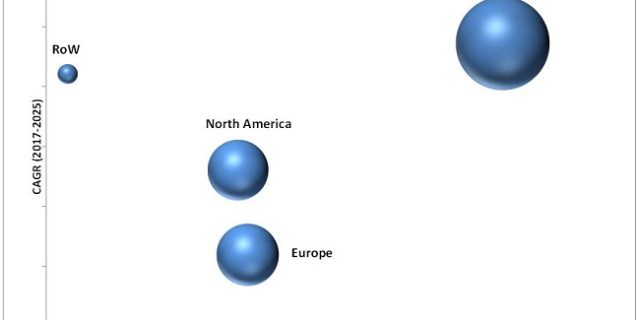 The automotive PCB market is projected to grow at a CAGR of 5.33 %, from USD 8.21 billion in 2017 to USD 12.43 billion by 2025. The implementation of basic safety systems such as ABS, anti-lock braking systems, TPMS, and electronic stability programs, along with the rising demand for advanced cockpit electronics and advanced telematics, is expected to drive the automotive PCB market. The growth can also be attributed to the increasing demand for BEVs and PHEVs, which have more electronic components than conventional ICE vehicles do.

The multi-layer PCB segment is estimated to be the largest and fastest growing segment of the automotive PCB market during the forecast period. The rising demand for advanced electronics such as windshield HUDs, infotainment & navigation units, rear seat entertainment, drive mode selector, electric powertrain, and advanced telematics are expected to drive the multi-layer PCB market.

Asia Pacific market is the largest regional market for automotive PCB, as the Asia Pacific region is the largest market for automobiles, with a market share of around 50% of the global automobile production. The Asia Pacific region comprises emerging economies such as China and India along with developed nations such as Japan and South Korea. The increasing application of advanced electronics in vehicles, growing purchasing power of the consumer, and good consumer awareness for safety features in the developing countries are the key factors driving the automotive PCB market in Asia Pacific Region.