Skip to content Skip to blog sidebar
Home » Automotive &Transportation » Automotive Safety System Market to have a Promising Future Ahead!

The government regulations pertaining to vehicle safety and the growing demand for a safer, efficient, and convenient driving experience are the key factors driving market growth.

The automotive safety system market has promising growth potential due to several factors, including the increasing demand for a safe, efficient, and convenient driving experience; rising disposable income in emerging economies; and stringent safety regulations across the globe. Owing to the high adoption rate of active and passive safety technologies, developed countries such as the US, Germany, and the UK are estimated to have a significant market share of automotive safety systems. Furthermore, Europe and North America have some of the most stringent safety regulations. For instance, in November 2014, General Safety Regulation No 661/2009 of the European Parliament and Council mandated driver seatbelt reminders and tire pressure monitoring systems in all new cars sold in Europe. Also, from 1st November 2015, all new trucks and buses were required to be equipped with advanced emergency braking systems along with lane departure warning systems. 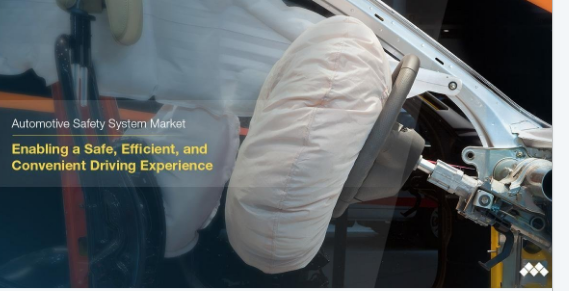