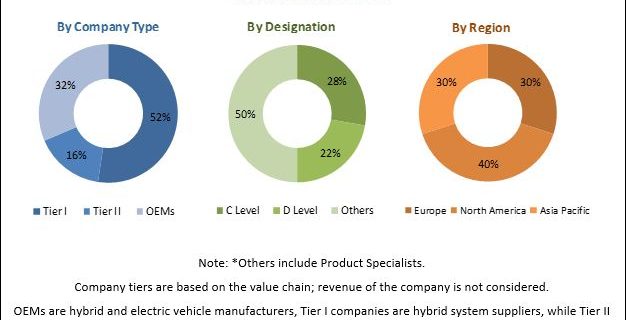 The FCVs segment is estimated to be the fastest-growing segment, by volume as well as value, of the automotive battery thermal management system market during the forecast period. It is projected to grow at a promising CAGR from 2017 to 2025. FCVs are estimated to have the highest growth potential in the automotive battery thermal management system market across the globe. The growing environmental concerns, rising fossil fuel prices, and stringent government regulations for emission have accelerated the growth of the FCVs market. The market players such as Honda (Japan), Mercedes-Benz (Germany), Toyota (Japan), Hyundai (Korea), and Renault-Nissan Corporation (Netherlands) have introduced various FCVs in the market and are consistently improving their technology with a strong focus on R&D.

The passenger vehicles segment is projected to witness the fastest growth during the forecast period. The growth of this segment can be attributed to the various initiatives by government bodies to improve EV charging infrastructure. The growth can also be attributed to the high growth projections of BEVs and PHEVs in several countries. China, for example, has an ambitious plan of going all-electric by 2025. Both these vehicle types have a major market share in the passenger vehicle segment. Hence, this segment is expected to experience the highest growth during the forecast period.

Asia Pacific is estimated to be the fastest-growing market, by volume and value, for automotive battery thermal management system. The Asia Pacific region is estimated to be the most promising market for automotive battery thermal management system in the next five years. The key drivers of electric vehicle adoption include climate concerns and rising oil prices. The possibility of reducing carbon emissions by electrifying transportation has caught the attention of local and national government officials across the Asia Pacific region. The use of electric vehicles is highly prevalent in the Asia Pacific region. Well-developed and extensive charging infrastructure have been provided by the governments of this region. In addition, the governments of several countries provide various incentives in the form of subsidies and tax exemptions to increase the adoption of electric vehicles.