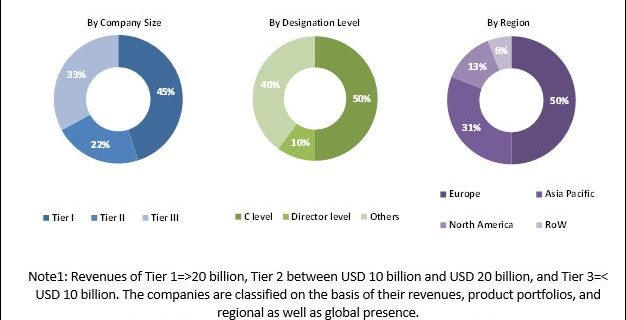 The global market size for blow molding resins is estimated at USD 36.67 Billion in 2017, and is projected to reach USD 51.95 Billion by 2022, at a CAGR of 7.2% between 2017 and 2022. Expansions, acquisitions, and new product developments are the key strategies adopted by the major players to strengthen their footholds in the global blow molding resins market.

North America, followed by the Asia Pacific, and Middle East & Africa witnessed the maximum number of strategic developments undertaken by various players between 2012 and 2017.

DowDuPont (US) is one of the leading players in the blow molding resins market. It is a US-based chemical company formed by the merger of Dow Chemical and DuPont in August 2017. The company has been focusing on new product launches and expansions to maintain its leading position in the market. For instance, in October 2016, E. I. du Pont (US) launched polyamide (PA66 and PA6) and glass-filled blow molding resins used for applications in the automotive industry. Also, in November 2014, Dow (US) expanded the production of polyethylene by revamping its production technology in Argentina. It revamped its four production units for Low Density Polyethylene (LDPE).

LyondellBasell (Netherlands) and Exxon Mobil (US) are other major players in the blow molding resins market. The company adopted the acquisitions strategy to establish its foothold in the Asia Pacific. For instance, in April 2016, the company acquired polypropylene compounder, Zylog Plastalloys Pvt. Ltd in India.

In October 2017, Exxon Mobil (US) started commissioning of the polyethylene production facility in Texas, US. This expansion is expected to increase capacity by 65% or 650,000 tons, which is expected to lead to a new production capacity of 2.5 million tons. The company is focusing on the production of high-performance polyethylene through this expansion. The company has commissioned blow molding resins production facilities closest to its upstream projects to have easy access to raw materials. This has enabled it to produce the resins at low cost.