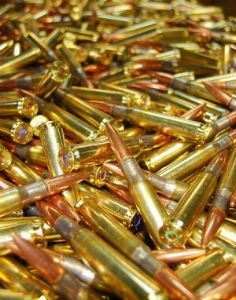 Recent research shows that most of the ammunition manufactured in first two decades of the twenty first century was sold to private customers. It also recorded interesting rise in the sales of small arms, which boosted business prospects for small arms manufacturers. The industry also welcomed many first-time gun buyers, which has further induced these prospects. Growth in ownership is the greatest driver for the global ammunition market. Apart from private customers, United States of America is also the biggest customer for these products. Controversies over gun laws, regional tensions, commercial interest in shooting sports and such other reasons also promote use of ammunition on a large scale.

The recent global conflicts, rise in domestic crime rate, rise in the popularity of shooting sports, increasing demands for personal security, self-defense arms, etc. reasons are responsible for the improved activities in the global market for ammunition and defense equipment. Apart from personal use, other factors are contributing to the progress of this industry. Modernization of global military operations, strengthening defense sectors in developing countries and significant interest from governments are major contributing factors as well. The global ammunition industry is fragmented and is expected to remain the same in the days to come. In order to maintain the sovereign power of decision-making, countries prefer manufacturing their own ammunition.

Based on the types of ammunition the market is segmented into five segments, namely:

Apart from the aforementioned segments, the global market also has two other significant segments, namely, aircraft and naval ammunition. Global defense ministries, ammo manufacturers, armed services and sub0component manufacturers are the major stakeholders in this industry. Based on geography, the market is divided into North America, Latin America, Europe, Russia, Middle East & Africa and Asia Pacific. The global ammo industry is also divided into different segments based on the countries. According to the recent reports studying the market from 2012 to 2017, the industry is expected to grow at an estimated CAGR of 0.67%. By 2017, ammunition industry is expected to reach at $8,150.3 million.

Recent conflicts and armed force modernization are the greatest drivers for the market in terms of business opportunities and growth in the market. As far as challenges are concerned, maintaining product lines, fighting the increasing budget cuts, skilled workforce and meeting varying customer demands, etc. are some of the major challenges in this industry. Asia Pacific is the biggest contributor in the market with a share of 31.93%, which is followed by Middle East with 18.51%. North America holds 13% of market share, with US being the largest consumer. Small caliber ammunition market share counts to 43.76% of the global industry.