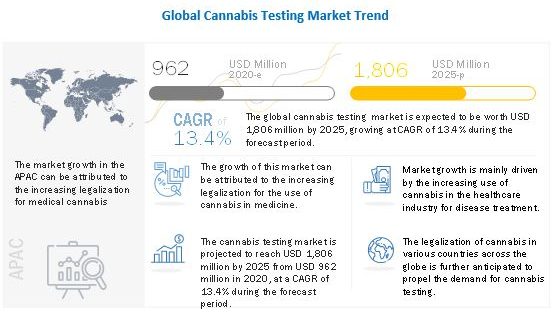 Medical cannabis has proven effective in various medical applications, such as reducing nausea caused due to chemotherapy, stimulating appetite in AIDS patients, controlling muscular spasms in multiple sclerosis patients, and reducing intraocular pressure in patients with glaucoma. Owing to their health benefits, governments in various countries are legalizing the use of medical cannabis—Australia (2016), Canada (2015), North Korea, Spain, Portugal (2001), the UK (2006), Germany (2017), Italy, the Netherlands, Israel, and Brazil have all legalized the use of medical cannabis in recent years. Moreover, in the US, 25 states have legalized medical cannabis, while four—Colorado, Washington, Oregon, and Alaska—have legalized cannabis for medical and recreational use. As medical cannabis is being legalized in several countries/states globally, the demand for the analytical testing of cannabis for ensuring its safety before human consumption has increased in recent years. According to industry experts, the number of cannabis testing labs is expected to grow at a significant CAGR in the coming years, primarily due to the growing legalization and increased adoption of cannabis testing. Such trends indicate the expected growth in demand for analytical instrumentation, software, and services for cannabis testing in the coming years.

The Factors such as the legalization of cannabis for medical use, rapid growth in the number of cannabis testing laboratories, growing awareness regarding medical cannabis, rising funding for the cannabis industry, and the presence of prominent players are driving the growth of the Cannabis testing product & software.

Products accounted for the largest share of the cannabis testing market

The market is segmented into products and software. Based on the product, the market is segmented into analytical instruments & consumables. The product segment is expected to register the highest CAGR of 13.4% during the forecast period. The high growth of this segment can be attributed to the growing requirements for potency labeling and pesticide screening, which drive the demand for analytical instruments, introduce technologically advanced products, and increase the recurring demand for consumables 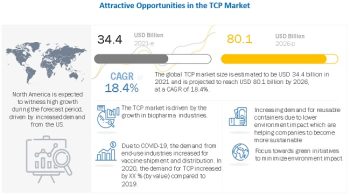