The catalyst fertilizers market is estimated to account for USD 2.3 billion in 2018 and is projected to reach USD 2.5 billion by 2023, at a CAGR of 2.36% during the forecast period. The market is primarily driven by growth in the production of fertilizers and expansion of production facilities in Asia. Also, with the increase in greenhouse gas emissions from ammonia plants, innovations in the catalyst industry to control emissions through selective catalytic reduction technology are projected to drive the growth of the market over the next five years.

The benefits associated with catalysts are the major factors contributing to the growth of this market, globally. The steadily increasing production rate of nitrogenous and phosphate fertilizers in Asia, coupled with the increasing exports of these fertilizers from China and India are the major drivers for this market. Also, according to FAOSTAT, the CO2 and N2O emissions from ammonia production are projected to grow at a rate of 0.09% from 2012 to 2015. On account of these emissions, catalysts from DuPont (US) and Clariant International (Switzerland) are used as emission control catalysts. Moreover, since ammonia fertilizers based on natural gas as a raw material source are comparatively cheap than naphtha-based fertilizers, governments such as in India were able to reduce the subsidy burden due to the high production costs of naphtha-based fertilizer manufacturing.

Furthermore, the market for catalyst fertilizers is driven by the growing number of ammonia production plants particularly, in the Asia Pacific, Middle Eastern, and African regions. Also, due to the fluctuating prices of raw materials such as natural gas, there is a growing need to develop cheaper and efficient catalysts that can be used for fertilizer production and balance the final cost of catalysts. With the help of catalyst fertilizers, efficient conversion of raw materials at controlled conditions can be achieved, which could reduce or sometimes eliminate harmful emissions.

Earlier, fertilizer manufacturers were more reliant on conventional techniques; however, with the advent of modern production processes, the effect of catalysts on the reduction of production costs and increased energy savings, and emergence of Haber-Bosch process for ammonia production through osmium catalyst had gained the interest of major manufacturers such as Johnson Matthey (UK) and Haldor Topsoe (Denmark) in offering catalysts for fertilizer production. The market is not only concentrated with companies that solely focus on catalyst development, but also includes major companies in the chemical and fertilizer manufacturing industries such as BASF (Germany) that have their in-house catalyst processing sites, which are internally utilized for the production of ammonia-based fertilizers.

On the basis of fertilizer production process, the Haber-Bosch process segment is projected to witness the highest growth from 2018 to 2023, due to the growing production of ammonia and increasing demand for ammonia-based fertilizers, especially in countries such as China, India, and the US.

In comparison to phosphatic fertilizers, ammonia and urea production has been growing at a higher rate in Asian countries. Also, with the increasing emissions from ammonia plants, the demand for emission control catalysts has been rising in the market; hence, nitrogenous fertilizers are projected to grow faster during the forecast period.

The Asia Pacific region is projected to witness the fastest growth in the catalyst fertilizers market from 2018 to 2023. The growth in the region is driven by the increasing production of ammonia and phosphatic fertilizers in countries such as China, India, and Indonesia. Moreover, catalyst manufacturing companies such as Clariant International (Switzerland) and QuantumSphere Inc. (US) are entering the Asian market through organic growth strategies. For instance, in 2017, Clariant expanded its sales in Indonesia, with its licensing partner KBR, wherein Clariant would be the major supplier of total catalyst solutions for two major ammonia production plants. 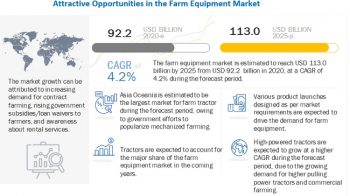