# In November 2017, Bio-Optronics and Complion entered into a partnership in order to integrate and develop their solutions, namely, CTMS and eRegulatory Solutions.

# In September 2017, Pamplona completed the acquisition of Paraxel and bought its shares in order to help PARAXEL increase its productivity.

# In May 2017, Oracle opened its Oracle Cloud EU Region in Germany, with the addition of modern infrastructure as a service (IaaS) architecture and new IaaS and platform as a service (PaaS) cloud services.

# In January 2017, MedNet Solutions released the latest version of iMedNet with enhanced features.

# In June 2016, Bio-Optronics launched the latest version of the Clinical Conductor CTMS.

Global Leaders:
The major players operating in the clinical trial management system market include Oracle (US), Medidata Solutions (US), PAREXEL (US), Bioclinica (US), Bio-Optronics (US), and IBM (US).

Major Growth Strategies Adopted by These Players:
Analysis of the market developments between 2014 and 2017 revealed that several growth strategies such as product launches, enhancements, strategic acquisitions, agreements, partnerships, collaborations, and expansions were adopted by the market players to strengthen their product portfolios and maintain a competitive position in the CTMS market. Among these business strategies, product enhancements, agreements, and partnerships were the most widely adopted growth strategies by the players in the CTMS market.

Major Growth Boosting Factors:
The major factors driving the growth of the CTMS market include the significant partnerships between Asian CROs and pharma companies, rising number of clinical trials in both developing and developed nations, availability of advanced and upgraded CTMS solutions, and rising government support for clinical trials in Asian countries.

Key questions addressed in the report: 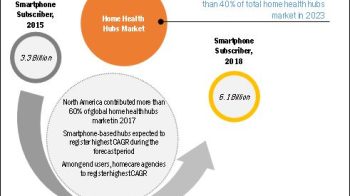