The concentrating solar power market is expected to grow from an estimated USD 6.7 Billion in 2016 to USD 10.96 Billion by 2021, registering a CAGR of 10.3% from 2016 to 2021. The global market is witnessing significant growth due to rising environmental concerns over carbon emissions and efforts to reduce air pollution, policy support from governments to enable adoption of renewable technologies.

Parabolic Trough segment is expected to hold the largest share of the concentrating solar power market, by technology, during the forecast period

Utilities are expected to hold the largest market share of the concentrating solar power market, by end-users, during the forecast period

Scope of the Report

By Technology, the Market has been segmented into the following:

By End User, the Market has been segmented into the following:

By Component, the Market has been segmented into the following:

By Region, the Market has been segmented into the following:

To enable an in-depth understanding of the competitive landscape, the report includes profiles of some of the leading players in the concentrating solar power market. These players include Abengoa Solar (Spain), Aalborg CSP (Denmark), ACWA Power (Saudi Arabia), BrightSource Energy, Inc. (U.S) and eSolar Inc (U.S), among others. Leading players are trying to penetrate the markets in developing economies and are adopting various strategies to increase their market share. 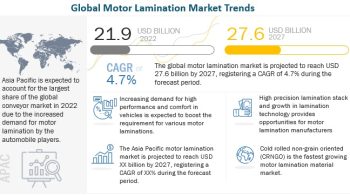 Video on Demand Market to see booming growth by 2024

The Rise of Medical Power Supply: Shaping the Future of Healthcare Industry in 2027