According to research report the global contrast media market is expected to reach USD 6.0 billion by 2024 from an estimated USD 5.0 billion in 2019, growing at a CAGR of 3.8% during the forecast period. Growth in the contrast media market can primarily be attributed to factors such as the increasing prevalence of cancer & CVD, regulatory approval of a growing number of contrast agents, and the rising volume of CT & MRI examinations. However, the side effects and allergic reactions associated with contrast agents are expected to limit market growth to a certain extent.

The major players in the global contrast media market are GE Healthcare (US), Bayer (Germany), Bracco Imaging S.p.A (Italy). An analysis of the market developments between 2016 and 2019 revealed that product launches, partnerships, expansions, and strategic acquisitions were adopted by market players to strengthen their product portfolios and maintain a competitive position in the contrast media industry.

Bracco Imaging was the second-largest player in the contrast media market in 2019. The company continuously strives to strengthen its market position in various geographies by focusing on receiving approvals for its contrast media products. The company invests a significant amount of its revenue in research and development to launch technologically advanced products in the market. In 2018, Bracco invested around 10% of its revenue in R&D. The company is also focused on forming strategic joint ventures to enhance its product capabilities and develop new products to strengthen its position as a leader in the diagnostic imaging industry.

Bayer HealthCare was the third-largest player in the contrast media market in 2019. The company offers a range of contrast-enhanced diagnostic imaging equipment along with contrast agents under its pharmaceuticals business segment. The company invests a significant amount of its revenue in research & development to launch technologically advanced products in the market. Bayer invested around 15.8% of its revenue in R&D in 2018. Bayer maintains a global network of R&D locations with research activities carried out in the US, Germany, Japan, China, Finland, and Norway which employ roughly 17,300 researchers. The company gained a major share in the global contrast media market on account of its comprehensive product portfolio, broad geographical reach, focus on organic growth strategies, as well as constant focus on research and developmental activities. 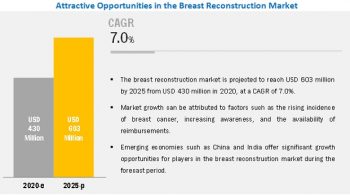 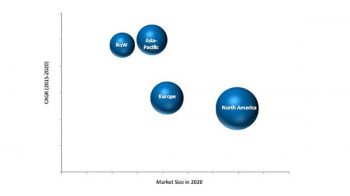