Skip to content Skip to blog sidebar
Home » Aerospace & Defence » Increasing Reliance on IT is Good or Bad for Crew Management Systems Market? 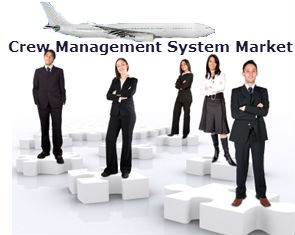 Human resource management is a tough ask, especially for the intricately structured aviation industry. However, along with the advent of information technology, the system of crew management became easier. Increasing use of software programs and IT tools helps into the process of crew management. As software is becoming an inseparable part of the airlines, the global crew management systems (CMS) market is also booming with technological advancements and efficiency of these tools. Growing global demands is also driving the market forward at a steady growth rate, which is a great sign for the businesses.

Software programs have become an inseparable part of the crew management systems for airlines and cruise lines. Hence, their efficiency has greater influence on the factors like management of fuel costs, crew scheduling and flight timings. Considering the dynamicity of the CMS market, great changes are expected in this industry as far as near future is concerned. Rapid growth in the aviation industry is also a good sign for the crew management systems. Growing aviation industry calls for increased labor planning, which is raising the requirement for these systems. Size of the airline fleets and their geographical demands determines segments in this industry.

Segmentation and its Impact on CMS Market

Based on geographical regions, global crew management systems market is divided into five segments. These segments include North America, Asia Pacific (APAC), Europe, Middle East and Africa (MEA) and Rest of the World (RoW). Besides geographical segmentation, the market is segmented based on different countries and their respective demand patterns. Based on the size of airline fleets, the market is segmented into three segments, namely:

As far as stakeholders in this market are concerned, they include airlines, software vendors, crewmembers, business intelligence providers and governments. According to the research reports, that study the global CMS market from 2012 to 2017, turnover in this industry is expected to rise at an anticipated CAGR of 8.92%. At this estimated rate, the market is estimated to reach $2.3 billion by 2017. According to the same reports, Asia Pacific and Middle East are expected to record remarkable growth in comparison to the rest of the reasons. The APAC region is expected to grow at an estimated CAGR of 11.87%, while Middle East and Africa is expected to rise at the CAGR of 11.69%. Great segmentation in the market has uneven distribution of business among small and large companies.