The global current transducer market is projected to reach USD 683.7 million by 2023, growing at a CAGR of 3.31%, from an estimated USD 563.2 million in 2018. The growth of the current transducer market is mainly driven by the increasing adoption of the control & protection system, government initiatives toward the adoption of industrial automation, renewable resources, electric vehicle, and energy storage instruments.

Asia Pacific is expected to be the fastest growing market for current transducer from 2018 to 2023. This region is undergoing rapid electricity infrastructure development to maintain the demand–supply balance. China, which is one of the largest revenue contributors to the region, is investing heavily in diversifying its energy mix including renewable sources. The government of China has also taken different initiative to increase the adoption of electric vehicles in the country. Japan has already started focusing on Industry 5.0, which involves the use of artificial intelligence in industrial automation. The growing investment in renewable resources in the region and rapid adoption of industrial automation in countries such as China, Japan, and India are creating attractive market opportunities for current transducers.

The market in Saudi Arabia is expected to be the fastest in the Middle East for power plant control systems, during the forecast period. The government of Saudi Arabia is planning to restructure the country’s electricity network and has proposed to increase its electricity generating capacity to 120 GW, by 2032 to meet the rapidly growing electricity demand. The Saudi Electricity Company (SEC) plans to reduce its electricity generation from crude oil by switching to natural gas. The country also plans to add 41 GW of solar power, 18 GW of nuclear power, and 4 GW from other renewable sources to increase its generation capacity.  The “Saudi Arabia’s Vision 2030” plans to produce 9.5 GW of its power from renewable sources in the coming 6 years. To drive the plan, the country strategies to set up 30 solar and wind projects by 2023, the total expected investment lies between USD 30 and USD 50 billion. Thus, the increasing investment in the renewable energy sector is likely to enhance the power plant control system market in Saudi Arabia.

The market in China is expected to be the fastest in the Asia Pacific for current transducers during the forecast period. The major reason for the growth of the current transducer market in China is the growing automation in the industrial sector along with its increasing installation of the renewable energy sources and the rapid adoption of electric vehicles. The registration of new electric vehicles in China has grown 53.0% in 2016 and 73.0% in 2017 as per China Association of Automobile Manufacturer. The rapid adoption of the electric vehicle in China is attributed to the major changes in the automobile policy from the government of China.

The growth of the electric vehicle segment is driven by the major changes in the reforms by the government of China. The government of China is providing subsidies worth USD 15,000 on each new electric vehicle to promote electric vehicles. Also, the government is looking forward to setting a target to ban petrol and diesel vehicles in the country. In January 2017, China announced the renewable power generation investment to be worth USD 367 billion by 2020. The investments in the renewable sector and the growing automation in the manufacturing sector are driving the current transducer market in China.

The current transducer market, by application, is segmented into motor drive, battery management, UPS & SMPS, converter & inverter, and others, which includes heating element, welding machine, and medical instrument. The converter & inverter segment is expected to grow at the highest CAGR during the forecast period. This segment is primarily driven by the rapid adoption of the renewable resources for power generation, which uses converter & inverter for the power conversion.

The current transducer market, by end-user, is segmented into industrial, automotive, residential & commercial, renewable, and others, which includes aerospace and defense. The industrial segment is further segmented into paper & textile, telecommunication, medical instrument, machinery. The automotive segment includes traction. The renewable segment is expected to grow at the highest CAGR during the forecast period. The segment is primarily driven by the initiative from different governments across the world to reduce carbon emission and greenhouse gases and move toward the renewable source of energy. 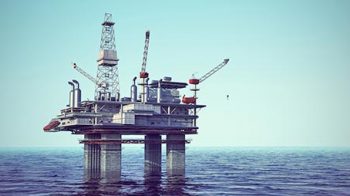