Skip to content Skip to blog sidebar
Home » Automotive &Transportation » Electric Scooter Market worth 5,948 thousand units by 2027, at a CAGR of 31.8% 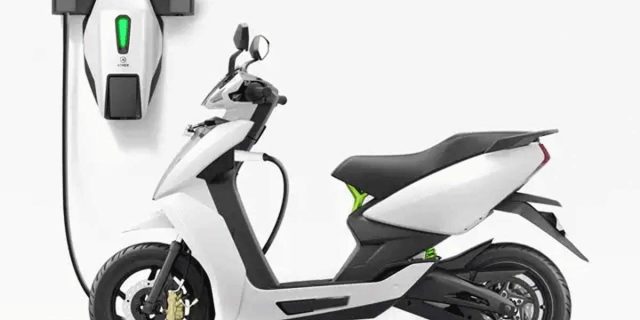 The global Electric Scooter Market size is projected to reach 5,948 thousand units by 2027, from an estimated 861 thousand units in 2020, at a CAGR of 31.8%. The base year for the report is 2019, and the forecast period is from 2020 to 2027. Factors such as growing demand for energy-efficient commuting and governments supporting electric two-wheelers through subsidies & tax rebates have compelled two-wheeler OEMs to explore beyond the use of conventional internal combustion engines (ICE) in two-wheelers.

Europe presents a significant growth opportunity for electric scooters and motorcycles as it is expected to be the second-largest market during the forecast period. The region’s vibrant R&D landscape and technological excellence justify the region’s dominance in the field of innovative electric two-wheeler technologies. Additionally, the region has significant demand for performance oriented E-Motorcycles. Many of the top E-Motorcycle manufacturers from the region, such as Energica and KTM, are offering high-performance E-Motorcycles.

Asia Pacific is projected to account for the largest share of the Electric Scooter Market during the forecast period as it is home to renowned OEMs such as Yadea Group, Jiangsu Xinri, NIU International, Hero Electric, Luyuan, and Okinawa, which offer advanced E-Scooters/Mopeds in the region as well as export all over the world. One of the key factors driving the market in Asia Pacific is the large sales volume of low-performance electric scooters and mopeds due to the high demand for efficient commuting in China and India. With the increased production of electric two-wheelers and expansion of charging station networks, Asia Pacific is estimated to be the largest Electric Scooter Market and accounts for a market share of 85.4% in 2020, by volume.

With the development of charging infrastructure and increasing adoption of electric two-wheelers in developing countries, the global Electric Scooter Market is anticipated to witness exponential growth in the coming years. During the last few years, many countries have initiated plans to develop charging infrastructure network to propel the growth of electric vehicles and reduce carbon emissions caused by conventional ICE vehicles. As of December 2020, the global Electric Scooter Market is dominated by low-speed, affordable electric scooters, having a top speed of less than 25–35 km/h (15.5–21.7 mph). To extract more performance out of these vehicles, a bigger battery and advanced motor components are required, which will increase the overall price of the vehicle substantially. Thus, manufacturers around the globe, especially from cost-sensitive markets, have stuck to the low-performance electric scooters/mopeds, as they make more sense economically. For instance, according to the Society of Manufacturers of Electric Vehicles (SMEV), around 90% of the Indian Electric Scooter Market was dominated by low-speed electric scooters (top speed of less than 25 km/h or 15.5 mph) in 2019.