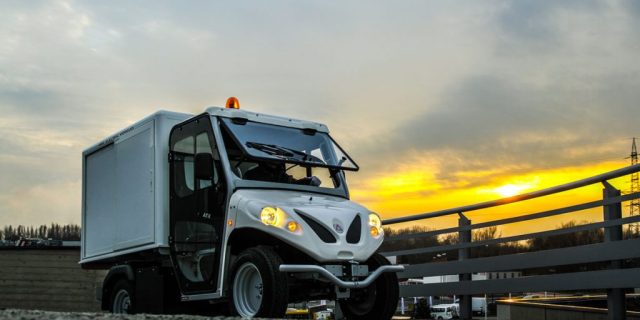 The Electric Utility Vehicle Market is projected to grow from USD 18.9 billion in 2022 to USD 23.9 billion by 2027, registering a CAGR of 4.8%, according to a new report by MarketsandMarkets™.

4WD to be fastest-growing segment by value during forecast period

The 4WD ATV is characterized by the engine’s power being equally/differentially divided among the wheels on the front and rear axles. 4WD electric utility vehicles are preferred for utility activities such as recreation, farming, and industrial applications, which require efficient pulling power, carrying, and towing capacity. These vehicles are also used in recreational activities and offer multiple technical advantages over 2WD. For example, 4WD offers better holdback when driving downhill, less likely to flip while uphill, and better traction in slippery riding conditions. Most modern 4WD ATVs can switch off the drive to the front wheels, making it a 2WD. Many companies, including Club Car, WAEV, Toyota, and Volcom, provide electric utility vehicles such as ATVs, UTVs, and carts that run on a 4WD drive type. Club Car’s Carryall is an electric utility cart series that comes in 2WD and 4WD options. Similarly, American Landmaster’s EV and EVX series come in 2WD and 4WD options.

Electric UTVs to grow significantly during the forecast period.

Utility terrain vehicles (UTVs) are large, powerful, can seat passengers side by side, and are built with storage space. They are commonly used to haul equipment and supplies in locations that make operating trucks impossible. There are two types of engines used for propulsion in electric UTVs: pure and hybrid. The electric UTVs are leveraged in recreation, agriculture, and other applications and have several advantages over ICE UTVs. It produces low-operational sounds—a silent electric ATV/UTV facilitates hunting by not alarming the prey. It is an eco-friendly alternative to more pollution-generating ICE UTV. It generates less carbon footprint, allowing the driver to roam around in nature without polluting it. For instance, the ranger electric UTV offered by Polaris can be used in activities such as plowing, grading, towing, etc. The upfront cost of electric ATVs/UTVs is considerably higher than their ICE counterparts. However, their annual operational and maintenance costs are much lower, making them most desirable for various industrial applications. Companies such as John Deere and Polaris produce highly efficient UTVs leveraged in commercial transport, agriculture, and other activities. The demand for eco-friendly transport will be the main reason for the increase in UTV sales.

“Europe to be among largest markets for electric UTVs, shuttle carts, and utility carts during the forecast period”

The European government is providing significant incentives to promote electric vehicles. Due to changes in the homologation system, the EU type-approval frameworks for quadricycles (L-category) and agricultural & forestry vehicles (T-category) came into force, increasing the use of electric ATVs and UTVs for agriculture, hunting, and forestry in Europe. The electric utility cart segment has the highest growth rate among others. The increased use of electric shuttle and utility carts in hotels and resorts and growth in tourism and industrial sectors are expected to drive the European Electric Utility Vehicle Market. Europe is home to the most developed markets for implementing a pollution-free environment in the warehousing and e-commerce industry. With the growth of the warehousing and e-commerce industry, the demand for electric industrial vehicles such as forklifts, and tow tractors, among others, is also expected to rise.

The Electric Utility Vehicle Market is dominated by established players such as Polaris (US), Club Car (US), Toyota Industries Corporation (Japan), John Deere (US), and Textron (US), among others.