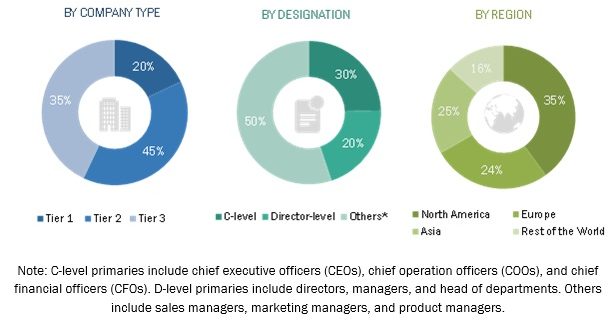 What drives the Market?

On the other hand, the availability of alternative detection technologies is expected to limit market growth during the forecast period.

The ELISpot and FluoroSpot market is geographically segmented into North America, Europe, Asia Pacific, and the Rest of the World (RoW). While North America is expected to dominate the market in 2018, Asia Pacific is expected to register the highest CAGR in the market during the forecast period. Growth in APAC is largely driven by the large patient population and high prevalence of chronic diseases in this region.

Players Some of the prominent players in the ELISpot and FluoroSpot are Oxford Immunotec (UK), Cellular Technologies (US), Mabtech (Sweden), Becton, Dickinson and Company (US), and Abcam (UK).

Oxford Immunotec is the leading player in the ELISpot and FluoroSpot market. The company focuses on the development of diagnostic kits for the early detection of diseases such as TB and tick-borne diseases. The company has its presence across the globe and to maintain and improve its presence in the market; Oxford Immunotec adopted both organic as well as inorganic strategies. The company also invests a significant amount on research and development activities. In 2017, it spent around 16% of its revenue on R&D activities, which is higher than most of its counterparts.

Cellular Technology Limited (CTL) is among the pioneers of the ELISpot and FluoroSpot assays. The company developed the first ELISpot analyzers and has been leading the analyzers market ever since. It also offers ELISpot and FluoroSpot kits for detection of multiple analytes. The company’s assay kits are available for the detection of cytokines, antibodies as well as other analytes such as granzymes. The analyzers from CTL are able to detect up to 8 colors.

The Amazing Properties of Primary Cells