The encoders market is expected to grow from USD 1.6 million in 2019 to USD 2.4 million by 2024—at a CAGR of 8.6%. The need for high-end automation and industry 4.0 are among the factors fueling the growth of the encoders market. Leading players have adopted strategies such as product launches to consolidate their market position.

The rotary encoders market is projected to grow at the highest CAGR during the forecast period. Due to the rising demand for automated machines and robotics across various industries, rotary type encoders are likely to witness high demand during the forecast period. These encoders are also known as shaft encoders. They are used for position sensing across various applications; for example, on motors paired with drives and automated machinery in consumer electronics, elevators, conveyor speed monitors, industrial machines, and robotics.

Encoders are increasingly being used in industrial, automotive, medical, and other end uses. The encoders market growth is driven by the rising demand for linear and rotary encoders in the automotive industry in Europe, North America, and APAC. Industrial applications in APAC are boosting the encoders market growth in the region. The most common application is providing feedback in motion control of electric motors. In the industrial sector, nearly half of the electricity consumed is used to power electric motors; majority of these motors use encoders.

The encoders market in APAC is expected to grow at the highest CAGR during the forecast period. The growth of the encoders market in APAC is primarily due to the increased demand for encoders in countries such as China, Japan, and India from the manufacturing, consumer electronics, automotive, textile, and other end-use industries. The growth of this regional encoders market is also attributed due to the increasing manufacturing and engineering hubs across various industries in this region. The concept of autonomous, electric, and connected cars has enabled the growth of the automotive sector in APAC, especially in China. Key industry players are offering encoders which are most suitable for the automotive application to cater to this market. 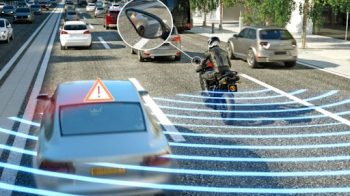