The global polymer emulsion market size is estimated at USD 25.2 billion in 2020 and is projected to reach USD 38.1 billion by 2025, at a CAGR of 8.6%, between 2020 and 2025.  Monomers dissolved in water are known as polymer emulsions. They are formed by a chain reaction known as emulsion polymerization. They are also known as waterborne polymers due to their water content. Polymer emulsions are used increasingly as substitutes for solvent-based polymers. Polymer emulsions have high molecular weight and are considered eco-friendly as they have low VOCs. The key applications of polymer emulsion are paints & coatings, paper & paperboard, adhesives & sealants, and others.

The Dow Chemical Company is the largest player in the polymer emulsion market. The company serves various high-growth end-markets, offering an extensive product portfolio that includes all types of polymer emulsions. The company is backward integrated, offering waterborne resins, surfactants, binders, and other products. The company adopted both organic and inorganic strategies, including expansion and agreement between 2016 and 2019. For instance, in 2018, the company opened a regional sales center located in Toronto, Canada, to address the demand for Canadian customers. These strategies have helped the company to strengthen its position in the North American market. 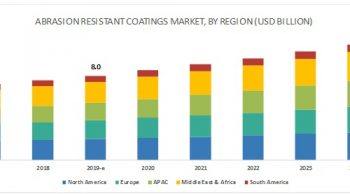 Factors that Impact on the Oxygenated Solvents Market Industry in Upcoming Years !