The COVID-19 pandemic is projected to have a significant impact on the food market, as it has highlighted the significance of safe, healthy, and nutritive eating. Food security, food safety, and food sustainability are recognized as strongly affected dimensions of food systems during the Covid-19 pandemic. The use of e-commerce to order deliveries of groceries and restaurant meals has risen sharply. Restaurant operators with established drive-thru and pick-up operations have fared much better than those competitors without. Sharp shifts in consumer behavior related to the food they consume were observed, with a higher preference for safety and quality. These have further propelled the manufacturers to assess the safety parameters of their food products to be able to sustain their product values in the market.

Foodservice buyers worldwide have been affected tremendously by foodborne illnesses among consumers, and this has directed their attention toward obtaining certification of food safety assurance. Food manufacturers are willing to pay for testing and certification and have included this practice in their manufacturing cycles. Food companies, major retailers, and importers have been undertaking food safety testing to reduce the occurrence of foodborne diseases and legal conflicts as well. Food safety assurance has become important for food companies to comply with the global standards of food processing and labeling and meet the consumer demand for food safety.

Food safety testing is conducted at critical levels of production and works as an essential step in certifying the quality and safety of food items served to customers. In the US, food recalls occur frequently. As a result, food production, food service, and food retail companies, together with government regulators, have increased efforts to ensure food safety, leading to the growth of the food safety testing market.

Europe is estimated to be the largest market.

The market in this region is primarily driven by growth in the German and UK markets. It is also driven by European food policies that have been extensively emphasized by the National Reference Laboratories (NRLs) and the European Reference Laboratories (EURLs) to maintain food standards and protect consumer health. The market is further fueled by the presence of major food safety testing companies such as SGS SA (Switzerland), Eurofins Scientific (Luxembourg), and Intertek Group plc (UK), which are continuously investing and collaborating for the development of better and faster testing technologies to aid conformity to various food safety regulations.

Incidences of foodborne illnesses occur primarily due to the consumption of food contaminated with a mycotoxin, pathogens, or the growth of yeasts and molds. The presence of pathogens such as Salmonella, Campylobacter, E. coli, and Listeria could compromise the microbiological safety of food, thereby resulting in foodborne illnesses. Furthermore, in the UK, around 1 million people suffer from foodborne illness, and nearly 20,000 people receive medical treatment for foodborne illnesses every year. Additionally, around 500 death cases have been reported due to food poisoning each year, costing close to USD 2.0 billion. Thus the market for food safety testing is steadily growing.

Existing technologies for food authenticity testing involve various difficulties in providing valid test results. Many chemical tests are unable to detect and quantify unknown adulterations. Other screening methods available in the laboratories are reported to have shortcomings in detecting and quantifying unknown adulterants. Thus many market players are investing into R&D inorder to develop more efficient and effective technologies.

The focus on reducing lead time, sample utilization, cost of testing, and drawbacks associated with several technologies have resulted in technological innovation and the development of new technologies in spectrometry and chromatography. Wide-scale adoption of these technologies is an opportunity for medium- and small-scale laboratories to expand their service offerings and compete with large market players in the industry, as these technologies offer higher sensitivity, accuracy in results, reliability, multi-contaminant and non-targeted screening with low turnaround time, among other benefits.

Neither ingredient suppliers nor retailers or food service companies are well served when duplicative standards and audits raise total costs for food certification without enhancing or ensuring the overall safety of food. Industrial experts have often suggested uniform and harmonized food safety standards to reduce the multiplicity of food laws for better efficiency. To eliminate the duplication and overlap among the multiple standards, government and private-sector stakeholders should work together to create transparent and uniform food certification standards. 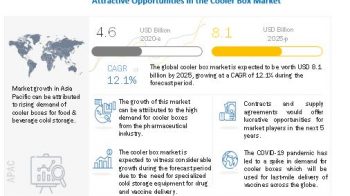