Asia-Pacific: Projected to be the fastest-growing market

Asia-Pacific is projected to be the fastest-growing market for functional flours, due to the region’s flourishing economy with a large population base ready to spend on processed food, and the rapidly growing consumer markets of China, India, and Japan. In this region, the specialty flours segment dominates the functional flours market, as it is used in the preparation of a variety of food items in the bakery and R.T.E. products market.

Governments and associations are promoting the usage of functional flours due to the increasing instances of nutritional deficiency in larger demographics. They are hence promoting the usage of enriched flours. For instance, the associations of industrial millers in Latin America and the Caribbean played an important role in promoting and enabling flour fortification throughout the region. Another such program by the Flour Fortification Initiative has led to the broad implementation of flour fortification in countries of the Eastern Mediterranean, Middle Eastern, and North African regions. Many companies such as Cargill, Incorporated (US) have joined this initiative to promote functional flours.

These initiatives are creating awareness among processors and are resulting in the wider acceptance of enriched flours. Moreover, technological developments, business developments, increasing trade, and marketing in support of flour fortification are further promoting the usage of functional flours.

Soups & sauces: Projected to be the fastest-growing market

The application of functional flours in soups & sauces is estimated to emerge as a potential market, and is projected to grow at the highest CAGR from 2016 to 2022. High consumption of processed soups & sauces in the developed markets led to a high revenue generation for functional flour manufacturers in the past. Change in food habits and urban lifestyle in the emerging economies such as China, India, Brazil, and other South Asian and Latin American countries influenced the growth of the processed food industry during the review period. Increase in consumption of soups & sauces in these countries is consequently driving the functional flours market as these flours are used to maintain the thickness and consistency of various soups & sauces. 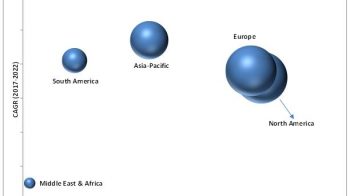 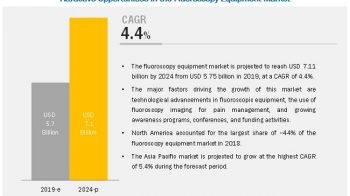 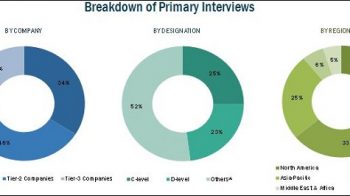