Shoulder fired missiles are projectile man-portable missiles that fire at a target. They are small enough to be carried by a single person and are available in two basic forms. These forms include anti-tank and anti-aircraft missiles, which play vital role in the modern anti-tank warfare. The global shoulder fired anti-tank market is anticipated to maintain steady growth rate during the next few years to come. Evidential budget cuts and overall flat sales across the developed regions are said to be the major constraints for the overall industry. However, emerging markets are showing significant demand for these products, which is creating steady growth traits within the global industry.

The market research report for global shoulder fired anti-tank market also covers other segments like anti-aircraft and RPG markets as well. In order to provide forecasts about the future growth prospects of the market, researchers have studied historic significance, warfare trends and prevailing market conditions. The industry is also analyzed on the basis of the key players, competitive landscape, geographic demand, and PEST analysis, which includes study of political, economical, social, and technical analysis of the global industry.

According to the experts, current flat conditions within the global market are attributed to the slow growth rate across developing markets of United States and United Kingdom. End of the Afghanistan and Iraq war, return of the NATO military troops and unlikely military interventions on the part of the North America and United Kingdom are some of the strongest factors influencing the current scenario in the global shoulder fired anti-tank market. According to the research, it is clear that the US is also very unlikely to participate in the unstable condition in Syria. Asia Pacific on the other hand is showing strong prospects in terms of demand for these products.

According to the market research reports, the global shoulder fired anti-tank market is expected to grow at a CAGR of over 6% from 2014 to 2020. At the projected CAGR, the industry is estimated to reach $3.2 billion by the end of 2020. The industry is anticipated to produce over worth $1.9 million weapons by 2020. Countries like China, India, Japan and South Korea are expected to drive the global market. Increasing tension among Southern and Eastern China are also driving the market further. Major restrains for the global market include significant budget cuts from US and UK in terms of military budgets. Smallest amount of cut in the budget from these developed countries could topple the global defense sector. 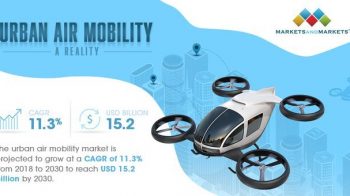