Methyl Tertiary Butyl Ether (MTBE) is extensively used in gasoline, as it enables a reduction in the knocking effect that leads to inefficient burning and engine damage in gasoline engines.

Major companies offering MTBE are majorly involved in expansions and acquisitions to strengthen their positions in the MTBE market. These market players have adopted expansions as their major strategy to expand their global reach. Some companies concentrated more on the agreements and joint ventures strategy between 2013 and 2017.

Prominent players majorly adopted the expansions strategy to enhance their customer network in the MTBE market. For instance, in July 2015, Evonik Industries (Germany) expanded its C-4 output at Antwerp and Marl (Germany) to increase the output of MTBE. This helped the company to improve its market position and support its plans for an increase in customers. In July 2016, Eni S.p.A (Italy) expanded its MTBE production plant in Ravenna for a 50% capacity expansion during maintenance in August. The Ravenna site on the Adriatic coast, between Venice and San Marino, can produce either Methyl Tertiary Butyl Ether (MTBE) or Ethyl Tertiary Butyl Ether (ETBE) and is currently geared to manufacture the former. The plant has a capacity of 140,000 tons, and a 50% increase would lift this to around 210,000 tons. This is expected to help the company meet the increased demand for MTBE.

SABIC (Saudi Arabia) develops, manufactures, sells, and markets MTBE for gasoline blending, and is the largest MTBE producer in the world. The company has adopted acquisitions as a major growth strategy to enhance its regional presence. For instance, SABIC entered into an agreement with Shell for a 50% stake in its Sadaf Chemicals. This acquisition is expected to cater to the interests of both the companies in the future and further optimize operations at Sadaf.

LyondellBasell (Netherlands) manufactures, sells, and markets MTBE for gasoline blending. It is one of the major players that have established a strong foothold in the MTBE market and is the second-largest MTBE producer in the world. The company is focused on expansions as its key growth strategy to meet the growing demand from customers. In 2017, the company announced its decision to build the world’s largest Propylene Oxide (PO) and Tertiary Butyl Alcohol (TBA) plant in the Houston area. The project is estimated to cost approximately USD 2.4 billion. TBA will be converted to two ether-based oxyfuels, MTBE and ETBE. 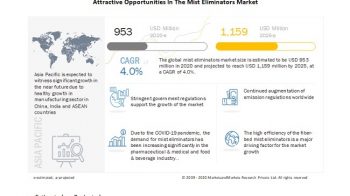