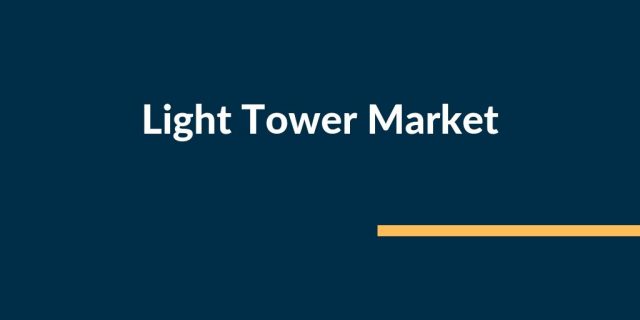 The light tower market is expected to grow at a CAGR of 6.1% from 2017 to 2022, to reach a market size of USD 2.72 billion by 2022. A rapid growth of the construction industry, growing investment in the oil & gas sector, and restart of investment in the mining industry, along with government regulation to support solar power technology and LED lighting are driving the global light tower market.

Among regions, Asia-Pacific is projected to account for the maximum market share. Asia consists of two major economies growing with a decent pace that are China and India. China is focusing on building new Silk Road to connect its western part with oil & gas rich Middle East region, which would create a demand for light towers. India is focusing on developing its transport infrastructure such as highways and rail network to connect its major economic centers with rest of the countries, which would create a demand for light towers.

On the basis of fuel types, diesel-powered light tower is expected to dominate the market. Long running life, high reliability of diesel generator sets, and fuel availability are factors driving the market for light towers, worldwide. Diesel light towers with metal halide lights are most preferred in hazardous locations such as oil & gas industry and mining industry, which would further crate demand for diesel powered light towers.

Request for sample pages of the report @ https://www.marketsandmarkets.com/requestsampleNew.asp?id=227191154

On the basis of end-users, the construction end-user segment is expected to dominate the market. Developing countries such as China, Brazil, India, and Saudi Arabia are investing in developing new infrastructure to support their growth. Developed countries such as the U.S., Canada, the U.K., and Germany are investing in upgrading their existing infrastructure. This would create a demand for light towers in the construction end-users segment.