Growth in the terahertz and infrared spectroscopy market is likely to be centered on the Asia-Pacific region. The growth of this region is attributed to increased government-sponsored research activities, developments in drug discovery research, growing semiconductor industry and food safety concerns, expansions by key players, and rising awareness through conferences & symposia.

The entry of international companies through acquisitions and expansions are likely to boost the growth of the terahertz spectrometry market in the Asia-Pacific region. For instance, in 2014, TeraView, Ltd. (U.S.) opened a new office in Seoul, South Korea to provide service, technical support and application-specific expertise, whereas in 2013, Thermo Fisher Scientific, Inc. invested USD 9.5 million to establish the China Innovation and Technology Center at Shanghai, China.

The free trade agreement between Korea and the U.S. increased opportunities to import medical and research equipment into Korea. The strong shipping and air cargo infrastructure in Korea further accelerated the movement of goods and services. Furthermore, in January 2013, the European Union (EU) announced that by July 2013, drugs, active pharmaceutical ingredients (APIs), and excipients exported by New Zealand and Australia should comply with European Good Manufacturing Practice (GMP) standards. This step will ensure that the drugs exported by these countries need not go through additional quality checks in Europe, thus eliminating delays in their export. The increase in exports will increase the demand for infrared spectroscopy required in the quality assurance (QA) and quality control (QC) of these drugs. The New Zealand agreement of GMP regulations will come into effect after the creation of the Australia New Zealand Therapeutic Products Agency (ANZTPA) in 2016.

Conferences provide a platform for the exchange of new advancements in the field of terahertz and infrared spectroscopy. They enable experts and key players to showcase innovations on mass spectrometry. Some important events pertaining to this market include APCE2014-14th Asia Symposium on Microscale Separations and Analysis (2014) and the National Seminar on Recent Advances in Spectroscopy and Analytical Techniques (October 2015). In addition, increased government support to promote terahertz and infrared spectroscopy in APAC further boosts the growth of this regional market. 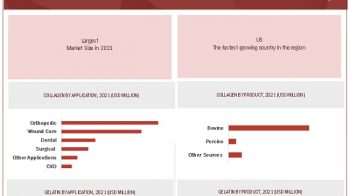