The growth of the protein assays market can be attributed to the increasing pharmaceutical & biotech R&D expenditure and favorable government funding scenario for proteomics research.

Based on the analysis of strategic developments undertaken by market players between 2014 and 2017, the key strategy followed by most companies in the market is expansions and agreements, partnerships, and collaborations. Some of the leading players that adopted this strategy include Thermo Fisher Scientific (U.S.), Merck KGaA (Germany), Cell Signaling Technology, Inc. (U.S.), Abcam plc. (U.S.), and PerkinElmer Inc. (U.S.).

In 2017, the company acquired Core Informatics (U.S.) and in 2016 acquired Affymetrix (U.S.) in order to enhance its share in the market. In 2016, the company expanded its clinical trials support in Japan. In 2015, the company opened its new clinical services facility in Singapore. These expansions helped the company to amplify its geographic reach.

Target Audience for this Report:

Merck KGaA was another leading player in the protein assay products market in 2016. It focuses mainly on collaborations, acquisitions, and expansions to strengthen its position in the market. In November 2015, the company acquired Sigma Aldrich (U.S.). This acquisition helped it to increase its product portfolio and its geographic presence.

On the basis of region, the global protein assays market is segmented into North America, Europe, Asia, and the Rest of the World (RoW). Asia is expected to grow at the highest CAGR during the forecast period. The growth in this region is primarily driven by the increasing pharmaceutical and biotechnology R&D expenditure and availability of government funding for life sciences research. 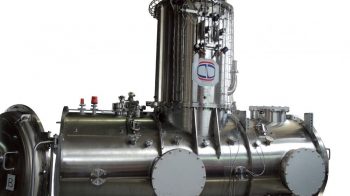 Cryogenic Equipment Market Size to Hit $17.1 billion by 2025; High Demand for Industrial Gases from the Metallurgy and Energy Industries