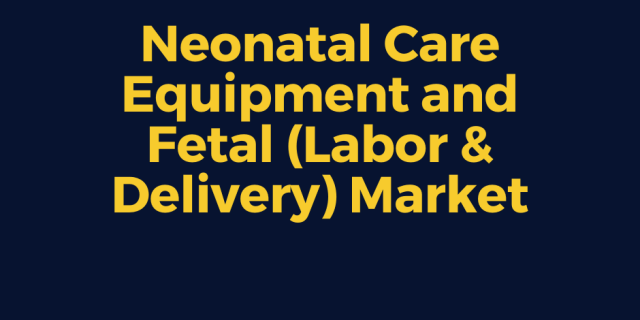 Growth in the fetal and market is mainly driven by the rise in number of preterm and low-weights birth infants, growing number of NICU admissions, and increased awareness of neonatal and fetal care across developing nations.

The fetal and neonatal care equipment market is projected to grow from an estimated USD 6.4 billion in 2018 to USD 8.4 billion by 2023, at a CAGR of 5.7% during the forecast period.

Growth in the in fetal dopplers segment can be attributed to factors such as the growing demand for digital Dopplers over conventional Dopplers and increasing launches of home-use products. The growing popularity of and demand for fetal Doppler devices is increasing due to the procedural advantages these devices offer, such as ease of use, mobility (handheld and battery-operated products), novel features, and display functionalities.

The rising adoption of Doppler imaging (especially in first trimester of pregnancy and for the diagnosis of restricted fetal growth), growing preference for the assessment of the fetal-placental circulatory system, expansion of application horizon for fetal Doppler imaging (such as in aneuploidy screening and transfusion syndrome), and the growing availability of home-use & new smartphone-based fetal monitoring systems are other key factors driving the growth of this segment.

What are the Segmentations of Coagulation Analyzer Market?