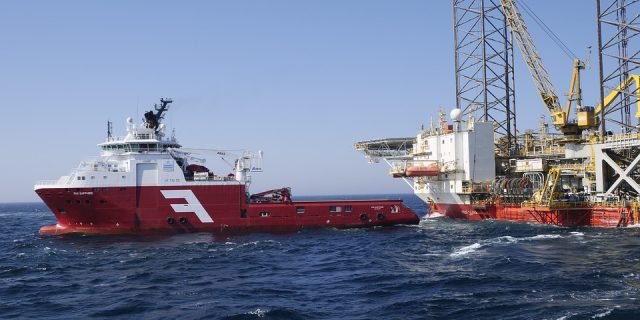 The global Offshore Support Vessel Market is expected to grow from an estimated USD 22.0 billion in 2021 to USD 26.8 billion by 2026, at a CAGR of 4.0%, during the forecast period. The market growth is driven by robust investments in the offshore oil & gas and renewable sectors. Increasing deepwater activities and decommissioning of aging offshore infrastructure is likely to offer lucrative opportunities for the Offshore Support Vessel Market. The Asia Pacific is estimated to be the largest offshore support vessel market, followed by Europe and North America in 2020. This trend is expected to continue until 2026. Also, the North American market is projected to be the fastest-growing market during the forecast period. The growth of the offshore support vessel market is driven by rising offshore investments in the US and the Gulf of Mexico, and a focus on the potential deepwater discoveries in the US.

According to the BP Statistical Review of 2019, the world still had unexplored 1,729.7 billion barrels of oil reserves by the end of 2018. Discoveries of such reserves are translating into demand for well drilling and production activities, which, in turn, are supporting the offshore support vessel market growth. Moreover, regions that have high energy demand, such as Asia Pacific, are planning to augment their offshore production. Countries such as India and China, which have offshore oil and gas basins in the Indian Ocean and South China Sea, respectively, have huge potential for offshore oil and gas exploration. Apart from the Asia Pacific region, major discoveries are being made in the offshore region of Africa, especially in western Africa.

Asia Pacific is expected to be the largest offshore support vessel market.

In this report, the Offshore Support Vessel Market has been analyzed with respect to 6 regions, namely, North America, Asia Pacific, South America, Europe, Middle East, and Africa. Asia Pacific is expected to dominate the global Offshore Support Vessel Market between 2021 and 2026. The major economies in Asia Pacific, such as China, India, Indonesia, Malaysia, Vietnam, and Thailand, are focusing on increasing their offshore E&P CAPEX. According to Scottish Development International, the CAPEX for new offshore developments in Asia Pacific is set to be about 25% of the global spending, making the region an important part of the offshore industry. Various policymakers in the region are prioritizing new offshore activities in deep and ultra-deep waters. The most important of these new offshore developments include Australia’s Briseis, Scarborough, and Laverda projects; Malaysia’s Rotan, Gumusut-Kakap, and Petai projects; India’s KG-D6 complex; and Indonesia’s Gehem project. Moreover, the count of offshore support vessels is also growing in the region due to an increase in the number of vessel manufacturers in the market, especially from China and South Korea.