Increasing population, dependence of economies for crude oil, minerals, chemicals, along with the rising demand for electricity by emerging as well as developed economies are expected to drive the global packaged water treatment system market during the forecast period.

This market is led by key players, such as Veolia Water Technologies (France), GE Water & Process Technologies (U.S.), RWL Water (U.S.), WPL International (U.K.), Smith & Loveless INC. (U.S.), and others. These companies are considered as leaders in the rapidly-evolving market. Substantial investments have been made in the past few years by these companies to address the future demand of packaged water treatment system arising from the growing population, urbanization, and industrialization.

Further Details & Inquiry of this Report at http://www.marketsandmarkets.com/Enquiry_Before_Buying.asp?id=153441438 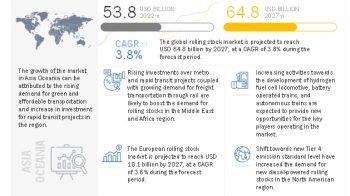