The global pectin market is estimated to be valued at USD 1.0 billion in 2019 and is projected to reach USD 1.5 billion by 2025, recording a CAGR of 6.5%. The market is driven by factors such as an increase in the consumption of convenience foods, rise in health consciousness among consumers, multi-functionality of pectins, leading to its widening scope in applications and an increase in the demand for natural pectin market. The emerging-market potential, growing population, and increasing demand for food are estimated to show medium growth impact on the growth of the pectin industry.

The demand for pectin is high in developed markets such as the US and Europe. Developing countries, namely, China and India, are projected to experience a strong upsurge in demand for pectin in the coming years. This demand is expected to be driven by an increase in the production of processed and convenience foods. Emerging economies such as India and China in the Asia Pacific region are exhibiting high growth. The demand for the usage of pectin is expected to grow continually in developed countries such as Japan; additionally, exponential growth is projected in new and emerging markets such as China, India, and other Asia Pacific countries.

Asia provides a cost advantage to the market, in terms of production and processing due to low prices of raw materials and cheap labor. The rise in living standards and changes in lifestyles in developing countries contribute to the development of the convenience food market; these factors consequently impact the hydrocolloids market. The demand for pectin is, therefore, estimated to witness growth potential in the newer markets of China, India, Japan, Brazil, and the Middle East, among others.

Companies are investing heavily in R&D to adjust the formulation of existing products and cater to customer requirements. Companies are innovating new products to benefit their customers. The rise in health concerns & the resultant consumer demand for healthy products and the need for custom-made pectin blends drive companies to invest more in research & development. Top players such as Cargill, Incorporated (US) and DowDupont (US) are continuously involved in research & development activities to meet the increasing demand for pectin. In February 2018, DuPont launched Grindsted Pectin Prime 541, a pectin product used for reduced sugar fruit spreads. This launch helped the company target the South Asian market. In October 2018, CP Kelco introduced GENU Explorer Pectin ND-200 for dairy dessert application.

By application, the pectin market is segmented into food & beverages, pharmaceutical & personal care products, and industrial applications. Pectin is used in the pharmaceutical industry as a stabilizer, binder, film-forming agent, and suspension agent. It is disintegrated in tablet formulations and is used in other topical therapeutic bases.  It is one of the most important and widely used excipients in the pharmaceutical industry. Pectin has been used potentially as a carrier of drugs to the gastrointestinal tract; they are used in matrix tablets and gel beads in a film-coated dose form.

In the pharmaceutical industry, pectin is also used to reduce blood cholesterol levels and gastrointestinal disorders. The production of pharmaceutical products is growing because of the growing population and the increasing number of diseases. Emerging countries like China, Brazil, and India are markets that are growing rapidly in this area, are projected to increase the demand for pectins in the global market.

Speak to our analyst for a discussion on the above findings:
https://www.marketsandmarkets.com/speaktoanalystNew.asp?id=139129149

The major players such as DowDupont (US), Cargill, Incorporated (US), Ingredion Incorporated (US), CP Kelco (US), and Koninklijke DSM N.V. (Netherlands) in the pectin market are focusing on new product launches, merger & acquisitions, expansions & investments, agreements, collaborations, and partnerships to expand their global footprint. 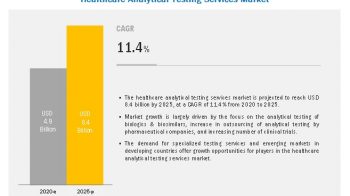