The rapidly growing biopharmaceuticals sector will also influence market growth for pharmaceutical excipients. However, the increasing regulatory stringency regarding the approval of drugs and excipients along with the cost and time-intensive drug development process are expected to restrain the growth of this market during the forecast period.

Based on the products, the pharmaceutical excipients market is segmented into organic and inorganic chemicals.  Organic chemicals segment held significant share in 2021. The large share of this segment can be attributed to the use of these chemicals in a majority of pharmaceutical formulations. Moreover, rising global demand for pharmaceuticals has fueled the growth of drug production, thereby, positively influencing the segmental growth.

The fillers & diluents segment is expected to have substantial market size during the forecast period.

Based on functionality, the pharmaceutical excipients market is segmented into fillers & diluents, binders, suspending & viscosity agents, flavoring agents & sweeteners, coating agents, colorants, disintegrants, lubricants & glidants, preservatives, emulsifying agents, and other functionalities. The fillers & diluents segment accounted for the largest share of the pharmaceutical excipients market in 2020. This can be attributed to the increased use of fillers and diluents in solid oral drug development and production.

The Asia Pacific is the fastest-growing and most dynamic pharmerging market globally, poised to be the most attractive regional market due to its large base of generic drug manufacturers. Several factors, such as the growing Asian scientific base (due to the establishment of R&D centers and manufacturing facilities by major players in recent years); growth in the Asian pharmaceutical markets and pharmaceutica manufacturing capabilities; and the large patient pool are contributing to the growth of the pharmaceutical excipients market in the APAC. 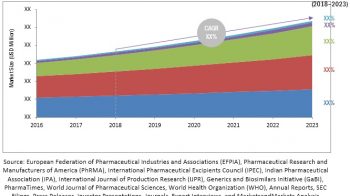 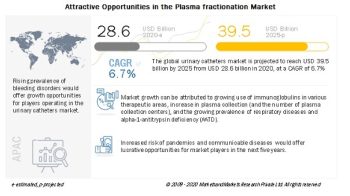 Plasma Fractionation Market worth $39.5 billion by 2025 – Exclusive Report by MarketsandMarkets™ 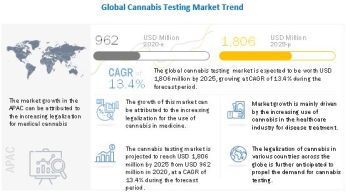 Cannabis Testing Market worth $1,806 million by 2025 – Exclusive Report by MarketsandMarkets™