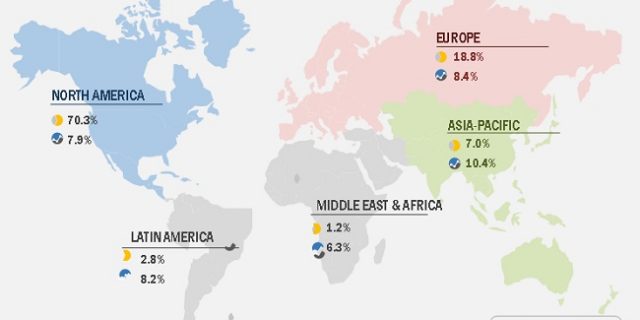 The major factors that are expected to be driving the pharmacy automation market are the growing need to minimize medication errors, rapid decentralization of pharmacies, rising geriatric population and rising labor cost. On the other hand, reluctance among the healthcare organizations to adopt pharmacy automation systems is expected to restrain the overall market growth to a certain extent during the forecast period.

What Drives the Pharmacy Automation Market?

The growth of the global market for Pharmacy Automation Market is primarily influenced by the following factors:

This report covers the market across two major geographies, namely, North America and Europe. In this report, the North American market is further segmented into the U.S. and Canada, while the European market is categorized into Germany, U.K., France, Italy, Spain, and Rest of Europe. In 2016, North America is expected to command the largest share of the market in North America and Europe. However, Europe is expected to register the highest growth rate during the forecast period from 2016 to 2021, due to increasing adoption of advanced treatment procedures and favorable government initiatives in this region.