The global seam tapes market size is projected to grow from USD 127 million in 2018 to USD 178 million by 2023, at a compound annual growth rate (CAGR) of 6.9% during the forecast period. The growing textile and sports industries are projected to drive the growth of the seam tapes market.

Bemis Associate is a leading global manufacturer of thermoplastic adhesives, films, and coatings. Its wide range of products caters to a variety of applications across apparel, soft goods, handbags & wallets, intimate fabrics, and other markets. It has a strong foothold in North America, Europe, and the Asia Pacific; it has warehousing and authorized distribution networks in Hong Kong, Vietnam, London, the US, Portugal, Italy, China, and Turkey. The company has a strong focus on sustainability; for instance, it uses water-based and UV cured inks for its printed seam tapes, and most of its products contain almost no VOC.

Gerlinger is a global integrated industry player that is engaged in the manufacturing of high-quality polyurethane and copolymer films. The company offers a broad range of products including technical films, seam sealing tapes, hot melt adhesive films, coating, and lamination systems. Its products are used in various applications such as automotive, medicines & orthopedics, clothing & seam sealing, technical textiles, packaging, and industrial applications. The company is a key provider of technical films and hotmelt films in Europe.

Seam tapes refer to adhesive films, particularly thermoplastic, which are used to bond two fabrics or substrates together. Seaming takes place with the application of heat and pressure. In this method, the adhesive film is slit into tapes and applied on specific locations, or the film can be laminated to wide-width fabrics. During the seaming process, the adhesive is tacked or laminated to one of the substrates, and the other substrate can be placed on the top. The heat and pressure activate the adhesive, melting the film that penetrates into the fabrics to create a bond between the two substrates. MarketsandMarkets projects the seam tapes market to grow from USD 127 million in 2018 to USD 178 million by 2023, at a CAGR of 6.9% during the forecast period.

The polyurethane segment accounted for the largest share in the seam tapes market. This dominance of this segment is attributed to its properties such as high abrasion, impact resistance, water-resistance, and high flexibility. These properties of polyurethane have led to an increasing preference for polyurethane in adhesives and membranes of single & multi-layered seam tapes.

The growing textile & apparel industry and the increasing demand for protective clothes and accessories are projected to drive the market for seam tapes globally. The global textile market has been witnessing remarkable growth, due to the changing lifestyle of the middle-class population, growing health awareness, and increasing fitness activities. This creates a high demand for casual apparels and sportswear apparel among all age groups. This, in turn, drives the demand for seam tapes used for sportswear, intimate wear, casual apparels, shoes, and bags.

In terms of geographical coverage, the seam tapes market has been segmented into five regions, namely, North America, the Asia Pacific, Europe, the Middle East & Africa, and South America. The Asia Pacific accounted for the largest share in 2018 as well as it is projected to record the highest growth rate during the forecast period. This large share and high growth of the market are attributed to the growth of the textile and garment manufacturing industries in countries such as China, India, Vietnam, Indonesia, Bangladesh, Cambodia, and Thailand. Due to cheap labor cost and availability of domestically produced raw materials, the manufacturers prefer setting up their manufacturing units and producing textile and garments in the Asia Pacific. 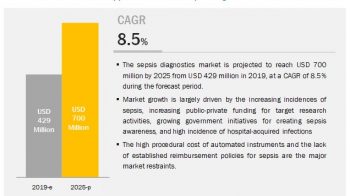