Skip to content Skip to blog sidebar
Home » Automotive &Transportation » Which antifreeze product is expected to dominate the market in the future? 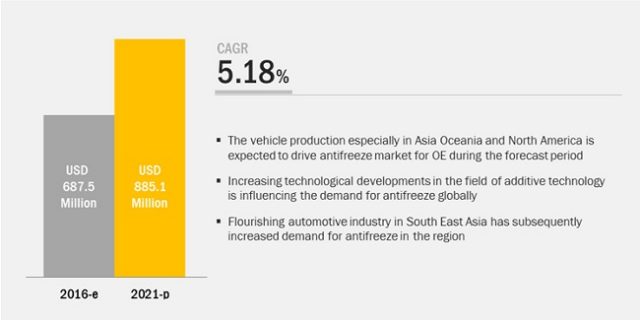 The report “Antifreeze Market by Vehicle Type, Product (Ethylene Glycol, Propylene Glycol & Glycerin), Engine Coolant Additive Technology OE & Aftermarket (IAT, OAT, & HOAT), & Region and Construction Equipment Engine Coolant Market by Application – Forecast to 2021″, The antifreeze market for original equipment is projected to grow at a CAGR of 5.18% during the forecast period, to reach a market size of USD 885.1 Million by 2021.

Propylene glycol is the second largest market and expected hold the same position during the forecasted period. It is more environment-friendly, Due to less toxic in nature compare to ethylene glycol, resulting in rising popularity in the market. This base fluid works by forming a protective layer to prevent corrosion on metal components. The main limitation for use of propylene glycol is its high cost and inability to be used at arctic temperatures.

With the tremendous increase in trade and transportation in the emerging markets like India, Latin America, Asia Pacific, and China expected leads the LCV segment to grow at fastest CAGR during the forecast period. Developed markets like North America where, the production of light commercial vehicles (LCV) increased to 11.0 million units in 2016, with a year-over-year growth rate of 5.7%, according to OICA. This is the highest production of LCVs across all regions. This increasing demand for LCV from both developed and developing countries will help the LCV’s to be the fastest growing segment for antifreeze market.

The North American region leads the antifreeze market for the automotive industry, owing to the higher production and demand for large engine capacity vehicles in this region such as extended cabs. The automotive market in this region is inclined towards SUVs and light trucks, owing to their off road capabilities and better traction in changing weather conditions. According to OICA, the light commercial vehicle production in North America increased from 10.4 million units in 2015 to 11.0 million units by 2016 at a rate of 5.7%, which is above the global growth rate of 2.7%. Also, LCVs in North America have a higher antifreeze requirement, as compared to other regions. These factors have contributed to the higher market size of automotive antifreeze in this region. Additionally, the automotive industry of North America is one of the most advanced across the globe with substantial investments in R&D activities, infrastructure, and new production facilities driving the overall automotive antifreeze market. 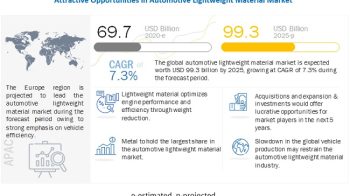 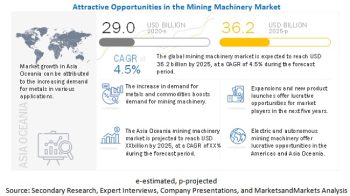 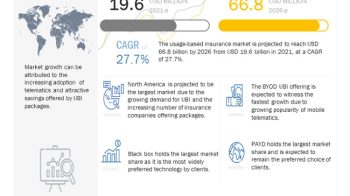