Skip to content Skip to blog sidebar
Home » Automotive &Transportation » Which power output range of tractors is expected to dominate in the future? 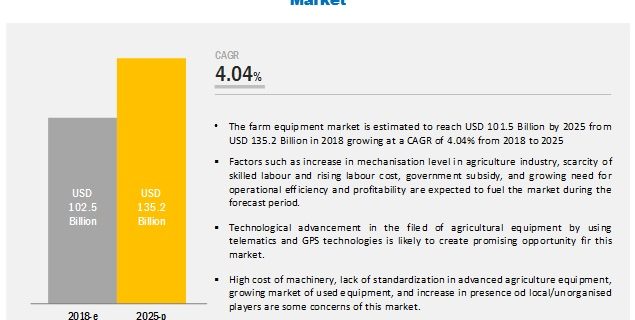 The report “Farm Equipment Market by Tractor Power Output (<30,31-70, 71-130, 131-250, >250), Drive (2WD, 4WD, & Autonomous), Combines, Baler, Sprayer, Implement (Plow & Cultivate, Sow, Harvest, Plant Protection & Fertilizer), Rental, & Region – Global Forecast to 2025″, The farm equipment market is projected to grow at a CAGR of 4.04% during the forecast period, to reach a market size of USD 135.2 billion by 2025 from USD 102.5 billion in 2018. Factors such as increasing population, growth of mechanization due to increasing government support through subsidies or incentives, shortage of skilled farm labor, and rising labor wages are expected to fuel the demand for farm equipment.

<30 hp power range is expected to be the largest segment in the farm tractor market, by power output, during the forecast period

Tractors with <30 hp power are estimated to hold the largest market share, in terms of volume, during the forecast period. China, India, and the US lead the sales of farm tractors and have a high demand for <30 hp tractors. The Chinese market has a high demand for less than 30 hp tractors and combines. According to the publication from “China Agricultural Machinery Distribution Association”, ~65% market belonged to <30 hp tractors in 2017. According to a publication from the Association of Equipment Manufacturers (AEM), the US and Canada had approximately 62–64% market of <40 hp farm tractors in 2017. Factors such as lower price compared to large tractors and small farmland per farmer would drive the market for small and medium farm tractors in Asia Oceania and North America.

Two-wheel drive is estimated to be the largest farm tractors market, by drive type, during the forecast period

The two-wheel drive is estimated to account for 90–95% share in the global farm tractor market in 2018. Due to the high sales of small tractors, Asia Oceania is estimated to be the key contributor to the growth of this market. North America is also expected to contribute significantly to the growth of this segment. According to John Deere factbook statistics (2017) published by AEM, the sales of two-wheel drive farm tractors was nearly 99% in Asia Oceania and North America.

The cereal combine is anticipated to be the largest and fastest growing market from 2018 to 2025. The demand for cereals crops such as rice, wheat, pulses, and corn has shown significant growth and is expected to grow further in coming years. With the expected growth in the production of these crops, the demand for cereal combines are also expected to see promising business opportunity in the coming years.

<30 hp is anticipated to lead the autonomous tractor market, by power output

The autonomous tractor is considered the next evolution in the farm equipment market. <30 hp is estimated to have largest share in future. As per the market finding, the gap between rows has decreased significantly from 12 to 6 feet, so cash rich crops such as grapes, vineries, and strawberry require smaller tractors with high precision and accuracy. For these operations, tractors with width of about 40–50 inches required, as the size decreases, power output of a tractor also decreases which makes the tractors more fuel efficient and growers can witness more production.

The Asia Oceania region is projected to be the largest market for farm equipment during the forecast period. China and India are the largest contributors in this region due to factors such as growing population, rising farm mechanization, and large area of land for farming activity. According to World Bank data, China and India had 56.2% and 60.4% of the total land used for agricultural purpose in 2015, respectively. Also, growth of population leads to higher demand for food, which can be accomplished by increasing the mechanization of farm equipment. According to the VDMA Economic Report 2015, China’s agricultural mechanization level jumped to 61% in 2014 from 34% in 2004. India has also witnessed the growing adoption of mechanization in farming. As a result, farmers have gradually started to invest in farm equipment to improve productivity. All these factors have contributed to the growth of the agricultural equipment market in Asia Oceania. 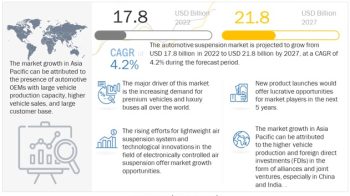 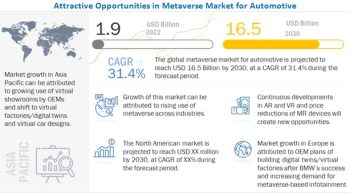 Metaverse Market for Automotive to Show Significant Growth in Near Future