Skip to content Skip to blog sidebar
Home » Automotive &Transportation » Which thermal systems would have the most potential in the near future? 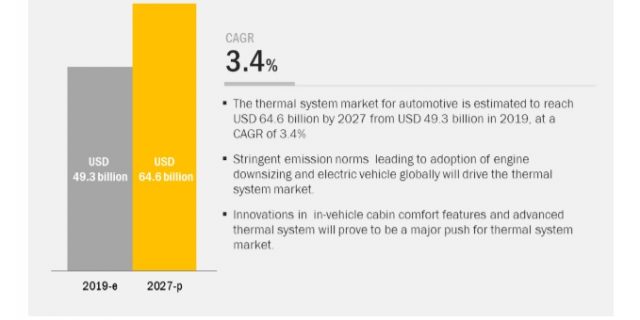 The growth of thermal system market size is influenced by factors such as stringency in emission norms and engine downsizing, developments in advanced HVAC system and advancements in comfort features among others. Therefore, the automotive thermal system is expected to witness a significant growth in the future.

Waste Heat Recovery is expected to grow at the fastest CAGR

The application of thermal system in waste heat recovery  is an attractive revenue pocket for automakers right now. The technology is having a low penetration currently in passenger cars but has significant usage in heavy commercial vehicles. The development of engine waste heat recovery technologies attracts ever increasing interests due to the rising strict policy requirements and environmental concerns. The waste heat recovery technologies such as Organic Rankine Cycle (ORC) can convert low medium grade heat into electrical or mechanical power and has been widely recognized as the most promising heat-driven technologies. A typical internal combustion engine (ICE) converts around 30% of the overall fuel energy into effective mechanical power and the rest of fuel energy is dumped through the engine exhaust system and cooling system. Integrating efficient waste heat recovery system in a vehicle can effectively improve the overall energy efficiency and reduce emissions with around 2–5 years payback period through fuel saving.

Thermoelectric Generator (TEG) is expected to grow at the fastest CAGR

Asia pacific is estimated to be the largest market for automotive thermal system as China is at the forefront of this technology globally. Asia Pacific has emerged as a hub for automotive production in the recent years, owing to changing consumer preferences, increasing per capita income of the middle-class population, and cost advantages given to OEMs. The vehicle production in Asian countries such as China, India, and Japan is higher compared to other regions, making them prominent markets. At the same time, the demand for luxury cars has increased considerably. With the increasing demand for vehicles, especially premium passenger cars, cabin comfort and luxury, the demand for the automotive thermal system would experience continued growth in this region. The huge vehicle production in the region offers a tremendous growth opportunity for the automotive thermal system market. Favourable investment policies coupled with the availability of cheap labour have made Asia Pacific an ideal market for automotive OEMs. 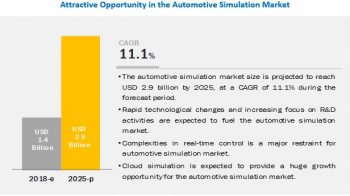 What is the Covid-19 impact on driving simulators manufacturers? 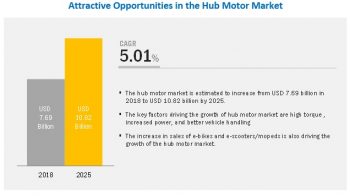 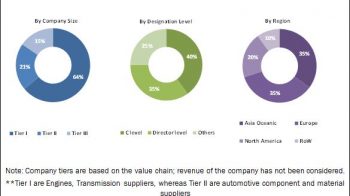