The global ablation technologies market was dominated by Medtronic (Ireland), Biosense Webster Inc. (U.S.), Boston Scientific Corporation (U.S.), and St. Jude Medical (U.S.), in 2016. These companies together accounted for a share of ~60% of the market in 2015. In 2015, Medtronic accounted for the largest share of the market due to the acquisition of Covidien

Medtronic plc has a wide product portfolio with advanced mapping catheters, microwaves, cryoablation, and radiofrequency ablation devices. Furthermore, the company’s wide geographic presence enables it to maintain its leading position in the market.

The company acquired Covidien plc in January 2015 which helped Medtronic intensify its product portfolio, increase its global reach, and strengthen its position in the market. The company focuses on product development, product launches, and strategic acquisitions as its key business strategies to ensure its growth in the market.

Biosense Webster, Inc. held the second position in the market in 2015. Over the past three years, the company has been focusing on innovative product developments to increase its share in the market. It launched several ablation products between 2013 and 2016, including THERMOCOOL SMARTTOUCH SF Catheter (August 2016), CARTO 3 System CONFIDENSE module (June 2015), THERMOCOOL SMARTTOUCH Catheter (February 2014). In addition, the strong geographic presence and large customer base enable the company to maintain its leading position in the market.

The ablation technologies market is segmented into four major regions, namely, North America, Europe, Asia Pacific, and the Rest of the World. In 2016, North America dominated the global market, followed by Europe. Factors including the drastically growing geriatric population, increasing prevalence of target diseases such as CVD and cancer, and the increasing demand for minimally invasive procedures are driving the market for ablation technologies in North America. 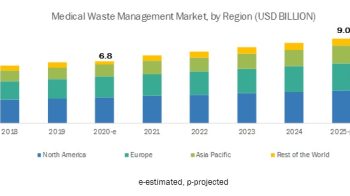