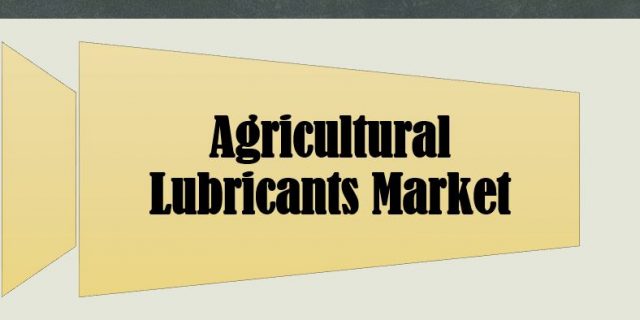 The Agricultural Lubricants Market is projected to grow from an estimated USD 1.96 Billion in 2017 to USD 2.48 Billion by 2022, at a CAGR of 4.8% from 2017 to 2022. The growth of the agricultural lubricants market is driven by the rising mechanization of farms. Farm equipment is being employed to sow, till, and harvest farms, which has resulted in increased yields. Rising population in the Asia Pacific region has necessitated increase in farm production, which in turn, is leading to an increasing demand for agricultural lubricants.

China and India are large consumers of farm tractors, and therefore, agricultural lubricants. Increasing support from governments, combined with increasing labor costs are encouraging farmers to adopt mechanization on a high scale. This, in turn, is expected to lead to the growth of the agricultural lubricants market in the region.

Key players in the agricultural lubricants market include Chevron (US), ExxonMobil (US), Fuchs Petrolub (Germany), Shell (The Netherlands), Total (France), BP p.l.c. (UK), and Phillips 66 (US), among others.

ExxonMobil Corporation is a holding company and one of the world’s largest companies in the oil & gas sector by revenue and market capitalization. ExxonMobil markets its products around the world under the brands, Exxon, Mobil, and Esso. The company operates in three main business segments, namely, upstream, downstream, and chemical.

In June 2017, ExxonMobil established a new manufacturing plant for synthetic lubricants and grease in Jurong. With this expansion, the plant in Singapore will become ExxonMobil’s largest grease manufacturing plant in the Asia Pacific to meet the growing demand for grease and synthetic lubricant products. In May 2017, ExxonMobil launched the first Mobil fuel & service stations in Mexico and invested USD 300 Million in fuel logistics, product inventories, and marketing, which is expected to provide reliable supplies to the retail, wholesale, industrial, and commercial sectors for the next 10 years in the country. In September 2012, ExxonMobil invested more than USD 200 Million in the high performance synthetic lubricants capacity located in Louisiana.

Shell is a vertically integrated company and is active in upstream, integrated gas, and downstream businesses in the oil & gas industry. The company offers agricultural lubricants as part of its downstream business segment. It is engaged in most of the primary aspects of the oil & gas industry worldwide and is also involved in chemicals and other energy-related businesses.

In November 2017, Shell opened a grease and integrated lubricants production facility in Tuas, Singapore. This facility is the 2nd largest in the Asia Pacific and 3rd largest in the world. This expansion was carried out to support the company’s business ambitions in the Asia Pacific region. In November 2015, Shell established a lubricant blending plant in Indonesia, which is expected to manufacture various leading brands of Shell, such as Shell Advance (motorcycle oil), Shell Helix (passenger car motor oil), Shell Spirax (transmission oil), Shell Rimula (heavy duty engine oil), and other lubricants. In January 2013, Shell opened its largest worldwide grease plant in China, which has a production capacity of 30 kiloton greases per year. This expansion was made to meet the growing demand for greases in China.

Scope of the report: This research report categorizes the agricultural lubricants market based on type, application, and region, and forecasts revenues as well as analyzes trends in each of the submarkets.

On the basis of Type:

On the basis of Application:

On the basis of Region:

Get 10% FREE Customization on this Study @ https://www.marketsandmarkets.com/speaktoanalystNew.asp?id=262710114 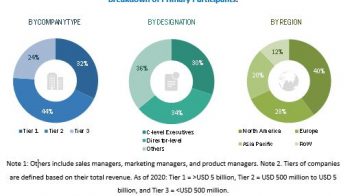 What are the major Factors that Drives Cancer Diagnostics Market?