Apheresis, also known as hemapheresis or pheresis, is a process wherein blood of a donor/patient is made to pass through a medical device for separating one or more components of blood, such as plasma, platelets, leukocytes and others, and then transfusing the remaining back to the donor with or without extracorporeal treatment or replacement of separated component. It involves devices and disposables that make use of centrifugation and membrane separation/filtration technologies for separating all the blood components.

The global apheresis market is estimated to be worth USD 2.5 Billion by 2020, growing at a CAGR of 11.2% during the forecast period from 2015 to 2020. Based on product, the disposables segment accounted for the largest share of about 85.1% of the global market in 2014, and it is also projected to grow at a CAGR of 11.6% over the forecast period. This growth can be majorly attributed to the increased demand for disposables with the increasing number of therapeutic apheresis procedures and growing trend of apheresis blood collection. Among applications, the plasmapheresis segment held the largest share of around 46.5% of the total market share in 2014, owing to the increasing demand for source plasma for transfusion from hospitals and for fractionation from biopharmaceutical companies. On the basis of technology, the centrifugation segment took up the majority of the share of about 75.3% of the total market share in 2014, mainly due to the advantages that the centrifugation technology offers over membrane separation.

What is the regional growth scenario of this market?

In 2014, North America held the major share of the market of about 47.8% of the total market, closely followed by Europe, Asia-Pacific, and RoW, with the U.S. being a key market due to the greater accessibility to the advanced apheresis technologies, rising collection of source plasma, and growing cases of blood disorders and chronic diseases. However, Asia-Pacific is the fastest-growing region, owing to the growing demand of blood components, rising patient population, growing per capita healthcare expenditure, rapidly developing healthcare infrastructure, and increasing investments by leading market players and governments in this region.

What are the prime factors driving this market?

In the present day scenario, apheresis procedures are preferred more over the traditional whole blood collection and therapeutic methods. Growing concerns regarding blood safety and blood shortage, increased awareness regarding apheresis blood collection, growing aging population, increasing number of surgical procedures and emergency treatments, and rising demand for source plasma from biopharmaceutical companies are the key factors driving the worldwide apheresis market towards growth. In addition, penetration of apheresis in the unexplored pediatric sector and increasing investments from governments and leading market players, especially from emerging economies are expected to prospective growth opportunities for this market.

What are the inhibiting factors and challenges faced by this market?

High costs of apheresis devices and procedures, lack of skilled and qualified doctors, and lack of knowledge regarding the apheresis process in the emerging and developing nations are the main reasons that may hamper the growth of this market. Also, lack of awareness and challenges in donor recruitment remains a key challenge being faced by the leading companies involved in this market.

Key players and strategies adopted by them for sustenance 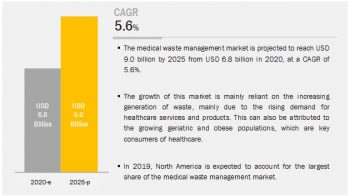 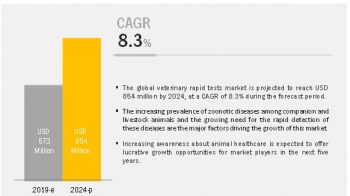