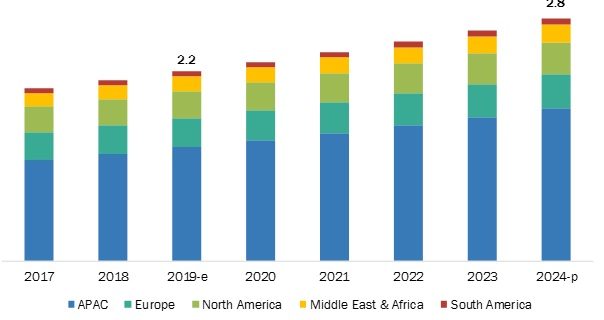 The plastic antioxidants market size is estimated to be USD 2.0 billion in 2020 and is expected to reach USD 2.6 billion by 2025, at a CAGR of 5.3% during the forecast period. Factors such as plastics replacing conventional materials, increasing demand in medical industry, and rapid urbanization in developing countries will drive the plastic antioxidants market. The major restraint for the market will be adverse effect on health from synthetic plastics antioxidants. However, the untapped demand in the agricultural sector of developing countries will act as an opportunity for the market.

BASF (Germany) is one of the major players in the plastic antioxidants market. In order to expand its business, the company is focusing on enhancing its market reach by opening plants to increase the capacity. For instance, in December 2019, BASF (Germany) opened the second phase of the new antioxidant manufacturing plant in Shanghai, China, to support the fast-growing antioxidants market in the country. Similarly, Sumitomo Chemical expanded its Polypropylene Compounds Business with the acquisition of a Turkish compounder, Emas Plastik A.S., and its affiliated companies (Emas Group). This would encourage the growth of the antioxidant business.

In October 2018, SK Capital announced its agreement to acquire the SI group. Through this acquisition, the company is projected to unlock the growth in earnings from both commercial and cost synergies. In May 2017, Clariant undertook mergers with Huntsman Corporation (US) to form HuntsmanClariant, in which Clariant holds a 52% share. The combination of strengths of both the companies created a leading global specialty chemical company, with an improved growth profile in highly attractive regions and end markets.