The global healthcare blockchain market is fragmented in nature with several regional and global players. The market is led by several big and regional market players such as IBM (US), Microsoft (US), Guardtime (Estonia), PokitDok (US), Hashed Health (US), Gem (US), and Chronicled (US). The companies are mainly focusing on agreements, collaborations, & partnerships and product launches & enhancements to maintain and enhance their presence in the market.

In 2017, IBM dominated the global healthcare blockchain market. The company focuses on strategies such as collaborations and product launches to maintain its market position. The company has its presences in more than 175 countries in North America, Europe, Asia Pacific, Latin America, and the Middle East & Africa. As of December 2017, IBM was working with more than 400 clients to explore and develop blockchain technologies for enterprises. Among them, the collaboration with CDC (US) and USFDA to research on blockchain to address medical data storage security and interoperability strengthened IBM’s position and reputation thereby strengthening its position in the healthcare blockchain market.

Microsoft is another leading player in the healthcare blockchain market. The company officially entered the blockchain market in 2015 and it uses both organic and inorganic growth strategies to strengthen its position in the market. For instance, Ethereum and Microsoft collaborated to launch Ethereum BaaS, which would help customers create and work in private, public, and group-based blockchain environments. The company is trying to create awareness about blockchain technologies and help organizations with its implementation. Microsoft also focuses on support and strategy for reinventing productivity and business processes, structuring analytics platform and services, and creating more opportunities in the blockchain space. For instance, in May 2018, the company launched Azure Blockchain Workbench, which provides developers with rebuilt networks and infrastructure to connect blockchain applications to the cloud.

Guardtime is one of the leading players in the global healthcare blockchain market offering enterprise blockchain-based security in the healthcare industry. The company has a strong presence in developed nations as well as developing nations. The company operates globally with offices in the US, Estonia, the UK, the Netherlands, and Singapore. It is further aiming towards expanding and strengthening its geographic presence. For instance, in 2014, Guardtime expanded its footprint by establishing a subsidiary named Guardtime Federal in the US. To strengthen its position in the blockchain market, the company also focuses on raising funds for research and development. For instance, the company has received nearly USD 8 million in a series of fundraising from venture capital and strategic partners. Its partners include Horizons Ventures (Hong Kong), Ambient Sound Investments (Estonia), FITOne Capital (Japan), and Infocomm Investments (Singapore).

Using Gumroad e-Commerce Platform, You can Sell Your Product Directly to the Consumer 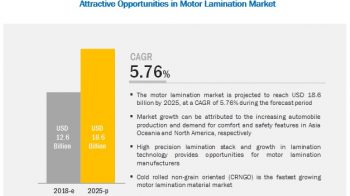 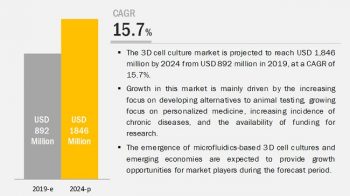