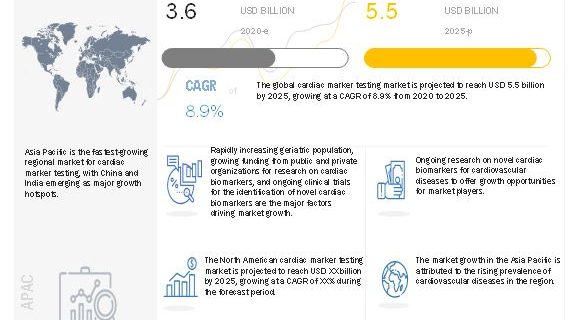 The growing incidence of cardiovascular diseases, rapidly increasing geriatric population, growing funding from public and private organizations for research on cardiac biomarkers, and ongoing clinical trials for the identification of novel cardiac biomarkers. However, factors such as technical problems related to sample collection and storage and issues related to regulatory and reimbursement systems are expected to restrain market growth to a certain extent.

The cardiac marker testing  market includes major Tier I and II suppliers like Roche Diagnostics Ltd. (Switzerland), Abbott Laboratories (US), Siemens Healthineers AG (Germany), and Danaher Corporation (US). These suppliers have their manufacturing facilities spread across regions such as North America and Europe. COVID-19 has impacted their businesses as well.

The cardiac marker testing market is also faced a period of short-term negative growth, which can be attributed to factors such as  a greater than 50% drop in the number of patients with cardiovascular conditions and those diagnosed with myocardial infarction. All areas of cardiology service provision sustained significant reductions, which included outpatient clinics, investigations, procedures, and cardiology community services such as cardiac rehabilitation.

Wide use of reagents and kits in all basic diagnostic activities in laboratories, academic institutes, and POC settings is expected to result in the segment occupying the majority of the cardiac marker testing market share

Growing number of cardiac marker testing procedures, accessibility to a wide range of cardiac biomarker reagents and kits, and the growing demand for reliable, specific, and faster
detection of cardiovascular diseases at an early stage are the key growth factors for this segment.

Troponin I and T estimated to be the fastest-growing market

Troponin I and T is estimated to be the fastest-growing segment in the cardiac marker testing  market. The large share of this segment can be attributed  high sensitivity and specificity, long elevation times, and rapid prediction of outcome or mortality.

North America is estimated to be the largest market due increasing incidence of cardiovascular diseases, growing public and private investments, NIH support for the development of novel cardiac biomarkers, and the rising geriatric population.

Asia Pacific is estimated to be the fastest-growing market for cardiac marker testing  during the forecast period. The Asia Pacific market is driven due increased healthcare spending by a larger population base, healthcare infrastructure modernization, and the rising penetration of cutting-edge clinical laboratory technologies (especially in rural areas) in Asia Pacific countries. 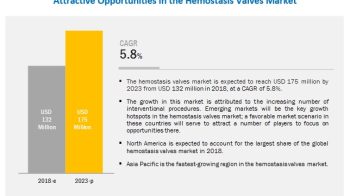 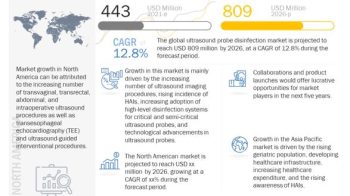