The growth of the market is mainly driven by factors such as growing prevalence of cardiac conditions and subsequent increase in the number of surgical procedures, rising geriatric population, and growing investments, funds, and grants by government bodies worldwide. However, adoption of alternative surgical methods and lack of Medicare payments are the major factors that may restrain the growth of this market to a certain extent during the forecast period.

The report segments the market based on products, applications, end user, and region. On the basis of products, the market is segmented into forceps, scissors, needle holders, clamps, and other cardiac surgery instruments. Forceps are expected to account for the largest share of the market, in 2017. The growth of the forceps segment is attributed to the increase in the number of cardiac surgery procedures and the repeated use of forceps in most surgeries.

Based on application, the market is further segmented into coronary artery bypass graft (CABG), heart valve surgery, pediatric cardiac surgery, and other applications. CABG segment is expected to grow at the highest CAGR during the forecast period. CABG forms the largest and fastest-growing application segment of the market. This is mainly attributed to the high incidence of cardiac diseases and resulting increase in the number of surgical procedures.

By end user, the market is categorized into hospitals and cardiac centers, and ambulatory surgery centers (ASCs). In 2017, hospitals and cardiac centers were expected to be the major end-user segment in the market. The large share of this segment can be attributed to the increasing incidence of cardiac diseases and the need for timely diagnosis and treatment of these diseases, the rising geriatric population, increased patient pool, growth in the number of cardiac surgical procedures in hospitals, improving healthcare infrastructure, and favorable reimbursement scenario in most developed and developing countries.

Based on region, the market is segmented into North America, Europe, Asia, and the Rest of the World (RoW). North America accounted for the largest share of this market in 2017. However, the Asian market is expected to grow at the highest CAGR mainly due to the increasing awareness programs, high incidence of cardiac diseases, rising funding for cardiac research, and improvements in the healthcare sector of Asian countries. 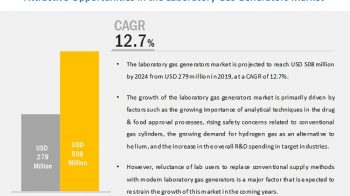 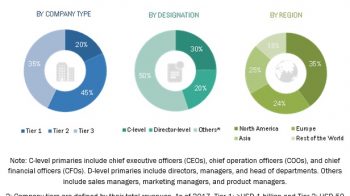