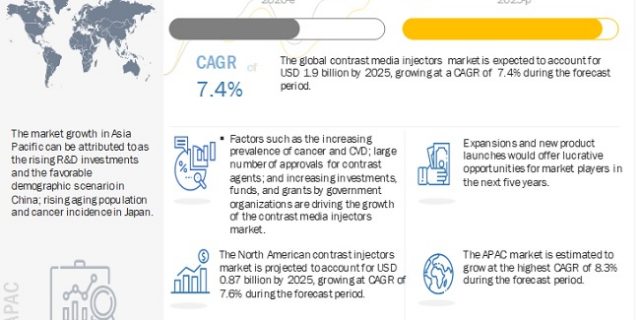 Factors such as the growing prevalence of cancer and CVD; a large number of approvals for contrast agents; and increasing investments, funds, and grants by government organizations are driving the growth of the contrast media injectors market. However, the high cost of contrast media injectors and consumables & accessories is restraining the growth of the market to a certain extent.

According to the new market research report by MarketsandMarkets, the global contrast media injectors market size is estimated to be USD 1.3 billion in 2020 and  projected to reach USD 1.9 billion by 2025, at a CAGR of 7.4%.

Globally, there has been a significant increase in the number of people suffering from cancer. , the number of people suffering from cancer is expected to increase by 50% to 15 million by 2020 (Source: World Cancer Report, 2003 by WHO). Similarly, CVDs and strokes are the leading causes of death around the world. According to the World Health Organization (WHO), CVDs are the major cause of death globally.

The WHO estimated that in 2015, approximately 17.7 million people died of CVDs, which represented 31% of the global deaths; this number is estimated to increase to 23.6 million by 2030. Contrast media injectors are used to inject contrast media at the time of diagnostic imaging to enhance image quality and improve patient safety. Thus, the increase in the number of cancer and CVD cases will stimulate the demand for improved healthcare facilities and advanced diagnostic imaging procedures, which, in turn, will drive the market for contrast media injectors.

The cost of contrast media injectors varies with the type of injectors (single-head, dual-head, and syringeless injectors) preferred by hospitals. For instance, the GE-Nemoto Dual Shot NCOM (Class 4) CT Injector – Pedestal Mount costs ~USD 40,600, while the GE-Nemoto Dual Shot NCOM (Class 4) CT Injector – Ceiling Mount for Long costs around USD 45,000. The cost of consumables is recurring as the same tube and syringe cannot be reused, considering hygiene and safety issues. This is a major burden for end users, as tubes and syringes cost USD 350–500 each, thus escalating the cost of using contrast media injector systems.

Contrast media injectors are now enabled with an LCD screen to maintain flow rates and monitor patient status. Also, market players are introducing new software for injector systems that can generate data in real-time. Information such as contrast media flow rate, injection pressure, injection speed, and type of contrast media can be easily accessed through this software. The IT department of a hospital can connect this software directly to their hospital information systems or electronic medical records and access patient data from picture archiving and communication systems. This reduces the time, error rate, and effort to upload statistical data and images manually.

A high degree of technical skill and expertise is required to handle advanced and sophisticated diagnostic imaging systems. According to the US Bureau of Labor Statistics, radiology technicians may witness employment growth of about 21% between 2012 and 2022. Although this is significant, the dearth of specialists and radiologists is an important challenge for countries across the globe.

North America accounted for the largest share of the Contrast Media Injector market in 2018, while the Asia Pacific market is expected to register the highest growth during the forecast period.

Geographically, the contrast media injector market is segmented into North America, Europe, Asia Pacific (APAC), and the Rest of the World. Asia Pacific is expected to grow at the highest CAGR during the forecast period, primarily due to factors such as the rising R&D investments and favorable demographic scenario in China, rising aging population and cancer incidence in Japan, growing investment in the Indian radiology market, and increasing focus of market players & increasing government support to strengthen healthcare service delivery in other countries are driving the growth of this regional segment. 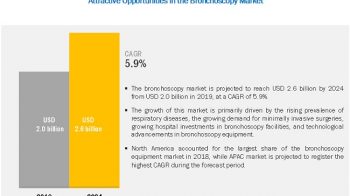 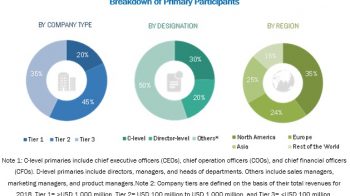