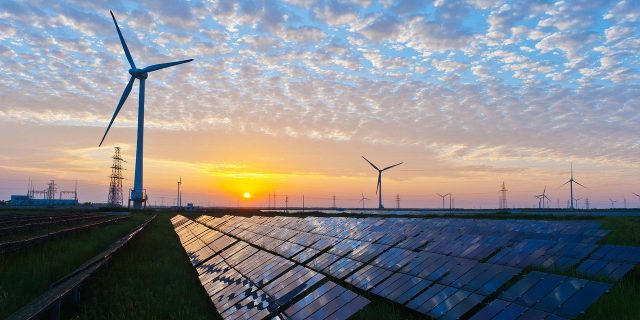 The global distributed generation market is expected to grow from an estimated USD 60.04 Billion in 2017 to USD 103.38 Billion by 2022, at a CAGR of 11.48%. This growth can be attributed to the increased global demand for electricity, decreasing costs of solar technology, and rising efforts to reduce global greenhouse gas emissions. The growing demands for electric power accompanied with regulatory incentives for clean energy generation have shifted the focus toward distributed generation technologies.

Distributed generation refers to geographically dispersed power generation sources. It comprises both controllable sources, such as generators, and non-controllable sources, such as solar and wind. Distribution generation is a decentralized energy which is generated or stored by a variety of small, grid connected generators referred to as Distributed Energy Resources (DERs) or distributed energy resource systems. The demand for energy from distributed energy resources is growing globally due to a number of reasons, such as planned rolling blackouts, power quality problems, unexpected utility power outages, and increases in power costs, among others.

The distributed generation technology is segmented into solar PV, wind, microturbines, reciprocating engines, fuel cells, and gas turbines, of which, solar PV is the fastest growing segment. The decreasing costs of solar installations, attractive incentives, and greenhouse gas emission restrictions are expected to drive the adoption of solar PV technology for power generation.

On-grid systems are cost-effective and convenient to install. The global market for distributed generation facilities that employ grid-tied arrangements has been the highest. Driven by the capability to provide perfect solutions for various end-users and contribution to reduce harmful emissions from fossil fuel power plants, the segment is expected to grow at a decent pace during the forecast period.

The reciprocating engines segment is expected to be the largest segment of the distributed generation market. Due to their small size, low unit cost, and useful thermal output, these engines are widely used for power generation. Increased combined heat and power installations and the demand for flexible and quick start-up technologies for power generation are the main reasons for a large market share held by the segment.

Europe: Expected to be the leading market for distributed generation

Europe is expected to dominate the market during the forecast period, owing to the continued increase in energy consumption mainly from by the industrial and commercial sectors, which contributed to the largest demand for distributed generations. The demands from the IT and telecommunication sectors are also driving the distributed generation market. Some of the leading players in the Distributed Generation Market include Siemens (Germany), GE (US), Schneider (France), Mitsubishi (Japan), and Capstone (US).