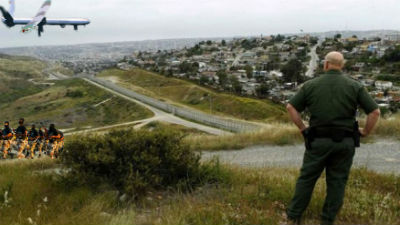 Increasing vulnerability to terrorism calls for strong internal security of the country. Homeland security (HS) is an umbrella term that refers to all kinds of national safety measures against the possible threats of terrorist attacks. Rising global demands for detection and protection capabilities from such attacks is driving the global homeland security market. Post September 11 terror attacks in New York, the government of USA has taken up this issue very seriously. In America and several other countries, homeland defense is the recombination of responsibilities of government agencies and other entities. This crucial role of homeland defense has increased activities and functionalities in this market, which is driving the global industry.

The global emergency management and security market has limited segmentation, which is widely based on the sub-sectors and stakeholders in the industry. The market is also divided into different segments, based on the geographical regions and countries. Based on the sub-sectors, the market is divided into different segments, namely, IT and C3I, aviation, maritime, cyber, mass transit, critical infrastructure, CBRN (Chemical, Biological, Radiological, and Nuclear Defense), border, counter terror intelligence and first res-ponders. All the departments pertaining to homeland defense and security, internal affairs, public safety and home affairs, defense system manufacturers, armed services, cyber protection services, IT safety, and sub-component manufacturers are the major stakeholders in this market.

Forecasting and Drivers for HS Market

According to the market research reports studying the industry from 2013 to 2018, the global industry for homeland security is expected to grow at a CAGR of 5.54%. At this rate, the market will reach past $544.02 billion by 2018. As of 2013, the market is worth $415.53 billion. According to the same reports, capital expenditure is expected to be 15% of this overall growth. uncertainty and increasing risk of terror attacks in aviation and mass transit areas, rising risk of cyber attacks, cross border transit of illegal arms and drug trafficking, illegal immigration and such other factors are driving the global industry. Security concerns of the world have increased the demand for through detection and protection of the respective sovereignty of the nations.

Homeland security has become easier, thanks to the revolution and technological advancements in the global IT industry. Involvement of numerous software programs and instruments has made keeping track of the security systems easier. It is also helping in the coordination of internal security departments of different countries. Combination of these services with IT modernization is driving the global market for homeland security. Based on geographical demands, Europe and North America are expected to be the dominating markets. However, Asia Pacific region is expected to witness biggest upsurge in terms of demands and growth opportunities.